So many Michaels’s best broadcasting moments have Boston ties, including one we were reminded of this week with the death of boxing legend and Brockton’s adopted son Marvin Hagler at age 66. Al Michaels, play-by-play voice for NBC’s Sunday Night Football, works on the sideline before a 2019 game.

If you were among those who, after hearing the sad news Saturday night, turned to YouTube to reminisce about the best moments from Hagler’s heyday as the world middleweight champion in the mid-‘80s, you might have noticed that it was Michaels, along with Al Bernstein, who called Hagler’s most famous victory of all: the champ’s third-round knockout of  challenger Thomas “The Hitman” Hearns on April 15, 1985, one of the most vicious and viscerally thrilling fights of any era.

“I remember just my heart pounding for long time after that fight,” said Michaels by phone Monday.  “It was so exhilarating. Like, what did we just see?

“If I had to list the top five events that I’ve done, obviously Lake Placid [the 1980 US Olympic hockey team] is one. Angels-Red Sox [Game 5 of the ALCS] in ’86, a couple of Super Bowls, including the Malcolm Butler game [Super Bowl XLIX], and Hagler-Hearns. So four of the five involve a very big Boston and New England connection.

Michaels, of course, is best-known for affirming that, yes, we should indeed believe in miracles after the US Olympic men’s hockey team’s stunning upset of the Soviet Union at Lake Placid, his call probably the most famous in sports history. Since 2006, he has been the play-by-play voice on NBC’s “Sunday Night Football.” This summer, he will be honored with the Ford Frick Award by the Baseball Hall of Fame. He’s achieved so much that his connection to boxing might fade to an afterthought. 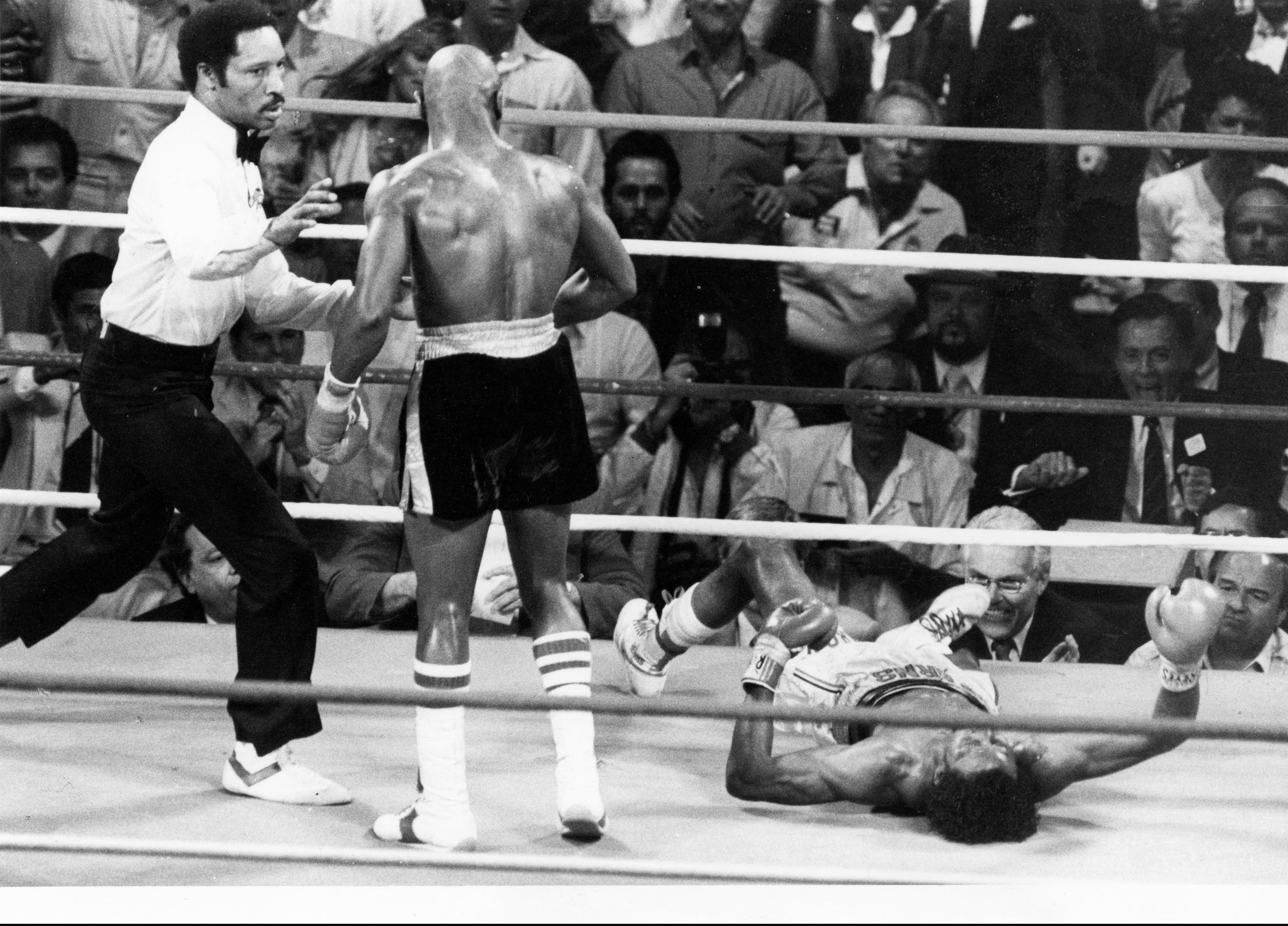 Marvin Hagler retreats to his corner after knocking Thomas Hearns to the canvas in the third round of their 1985 bout.

But he called fights regularly during his time at ABC in the ‘70s and ‘80s, figuring he probably did in upwards of 40. “I did quite a few when Howard [Cosell] got sick of the sport and pretended he didn’t want to do it anymore,’’ said Michaels, “though he still did a lot of the heavyweight fights.” For the Hagler-Hearns fight, Michaels was hired by promoter Bob Arum to call it for the live feed that was going out to theaters, while Barry Tompkins and Sugar Ray Leonard called it for HBO. ABC had the rights to run the second replay, after HBO.

Naturally, Michaels nailed the call of Hagler’s knockout blow to Hearns in Round 3 (“It’s Hagler, full of blood!”). But it was the brutal first round that sticks with so many observers, Michaels among them, all these years later.

“Well, I think it’s been written that it was the greatest round in the 20th century,’’ he said. “Maybe in all the boxing history. I wouldn’t dispute that. I mean, that was just a war. ‘Sports Illustrated’ referred to it as eight minutes of fury. That was the perfect way to describe it.

“It was breathtaking. It was exhilarating. I remember just trying to keep my wits about me. I remember at the end of the first round, Al [Bernstein] said, ‘Well, we’ve never seen anything like that.’ You just had to take a breath and wonder where the rest of the fight would go. That first round was three minutes of mayhem. That’s what it was.

“Sitting right there, where we were at ringside, you could almost feel it. And I was sitting below Hearns’s corner, and I remember at one point, maybe about a minute-forty into the fight – I keep trying to find it on the video, but it’s hard to see because of the different angle – Hearns hit Hagler so hard, and in that tenth of a second, I remember seeing Hagler’s cheek compressed. It was like a cartoon. I had an unbelievable fleeting thought in my head that he might have killed him. Hagler’s face got contorted. And then his cheek pops out, and Hagler jumps on Hearns, like it never happened. I remember thinking, ‘What I just saw is almost impossible.’”

Michaels had called one Hagler fight previously, against Tony Sibson in February 1983. He got to know him a little bit through the years, and thought highly of him.

“He was a very smart and a very aware guy,’’ said Michaels. “I found Marvin to be extremely thoughtful and introspective, the opposite of a Joe Palooka type. He was a terrific guy to sit and talk to for 10, 15, 20 minutes.

“It was very clear this fight was very important to him, beyond what you might expect. At that point, you had the four guys going back and forth – [middleweights] Hagler, Hearns, Sugar Ray Leonard, and Roberto Duran – and I got the feeling when we were talking to Hagler in his hotel suite a couple of days before the fight that he felt he was the fourth of the four when it came to receiving appreciation and respect.

“And Tommy, I’m not saying it didn’t matter for him. But that was not something that he was thinking about or really cared about at that point. But for Marvin, I remember the intensity in this hotel suite, and I came away thinking this is something he really, really wants, and winning this fight is how he’s going to get the acknowledgment and respect and appreciation that he deserved. And boy, he went out and got it, that’s for sure.

“This might have been the most hyped fight that I can recall, other than one of the great heavyweight bouts in the ‘70s. Most fights don’t live up to the hype. This fight was overhyped. And then it exceeded that.” 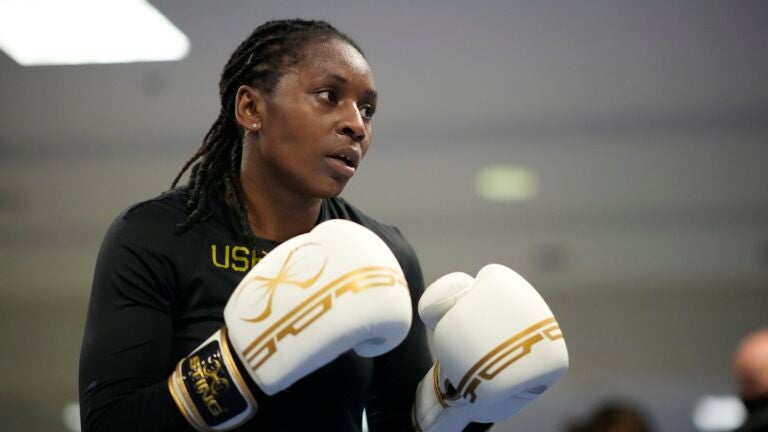