During his time in the National Football League, Chris Hogan never lost track of his lacrosse roots.

He kept a stick in his locker and used it often, gushed about the sport to anyone who would listen, and introduced himself on “Monday Night Football” as a Penn State lacrosse player. Referring to Hogan as a former lacrosse star became customary, but he enjoyed it because it got people talking about the sport and its significance in his life.

“It’s kind of where I started and who I am,” Hogan told Boston.com.

Hogan, an explosive wide receiver who played in three straight Super Bowls with the Patriots, was initially a lacrosse player trying to play football. Now, following a nine-year run in the NFL – a career he said he never even dreamed of unfolding as it did – the 32-year-old Hogan is joining Cannons Lacrosse Club of the Premier Lacrosse League.

He signed with the team Wednesday after going undrafted in the Entry Draft held March 25.

“#Undrafted 10 yrs ago, why not do it again. I keep receipts.  Back to work,” he wrote before signing with Cannons LC less than a week later.

#Undrafted 10 yrs ago, why not do it again. I keep receipts. Back to work @PremierLacrosse https://t.co/FJcwEhAQXu

He isn’t sure if his NFL career is over quite yet, but at the moment, he’s shifting his focus toward trying something new yet quite familiar.

“I always had a vision of going back to lacrosse in some way, shape, or form,” Hogan said. “I had talked to the PLL about potentially making this a reality. It wasn’t something that just happened overnight. I’ve been talking about it for a little while, and I think it just made sense.”

A versatile athlete from the start

Growing up in New Jersey, Hogan tried every sport from baseball to basketball to soccer, and, of course, football.

He dazzled as a baseball player, but he threw out his arm in an eighth-grade playoff game and had to stop playing. Hogan tried designated hitter and first base, yet the shoulder pain was ultimately too significant to continue.

“As parents, we knew something wasn’t right, but Chris didn’t want to remove himself from any of the games he was playing,” his father, Jim Hogan, said. “It wasn’t until he finally came to me and said that he couldn’t throw the ball from center field to second base that we knew he had to stop.”

Jim played lacrosse as a kid, and he suggested it as an alternative to assuage his son’s need for competition. They bought his first stick together, and Hogan was hooked. The two of them played for countless hours in the backyard and worked on his stick skills, as Jim fed him balls from behind the cage and rebounded whenever he could.

“His athletic ability was so natural that anything he touched he quickly dominated,” Jim said.

With Jim in between jobs, and Chris eager to learn, they quickly realized the sport naturally accentuated his hand-eye coordination, speed, and agility. Hogan flaunted his potential freshman year and declined an opportunity to play on varsity because he preferred to stick it out alongside the same friends with whom he began the season.

He started at attack on varsity sophomore year, was the team’s top scorer as a junior, and as a senior fueled Ramapo High School to the first state championship in program history. Hogan was also named the 2006 New Jersey Midfielder of the Year and an Under Armour All-American.

What was at first a way for him to stay in shape for football season eventually blossomed into something much more significant.

“It really took over my summers,” Hogan said. “It became a sport that I really loved to play.”

Hogan called choosing college lacrosse over football a “pretty tough decision,” yet he didn’t really have aspirations of making the NFL at the time so he prioritized education and a chance to play for a perennially strong program in Penn State. 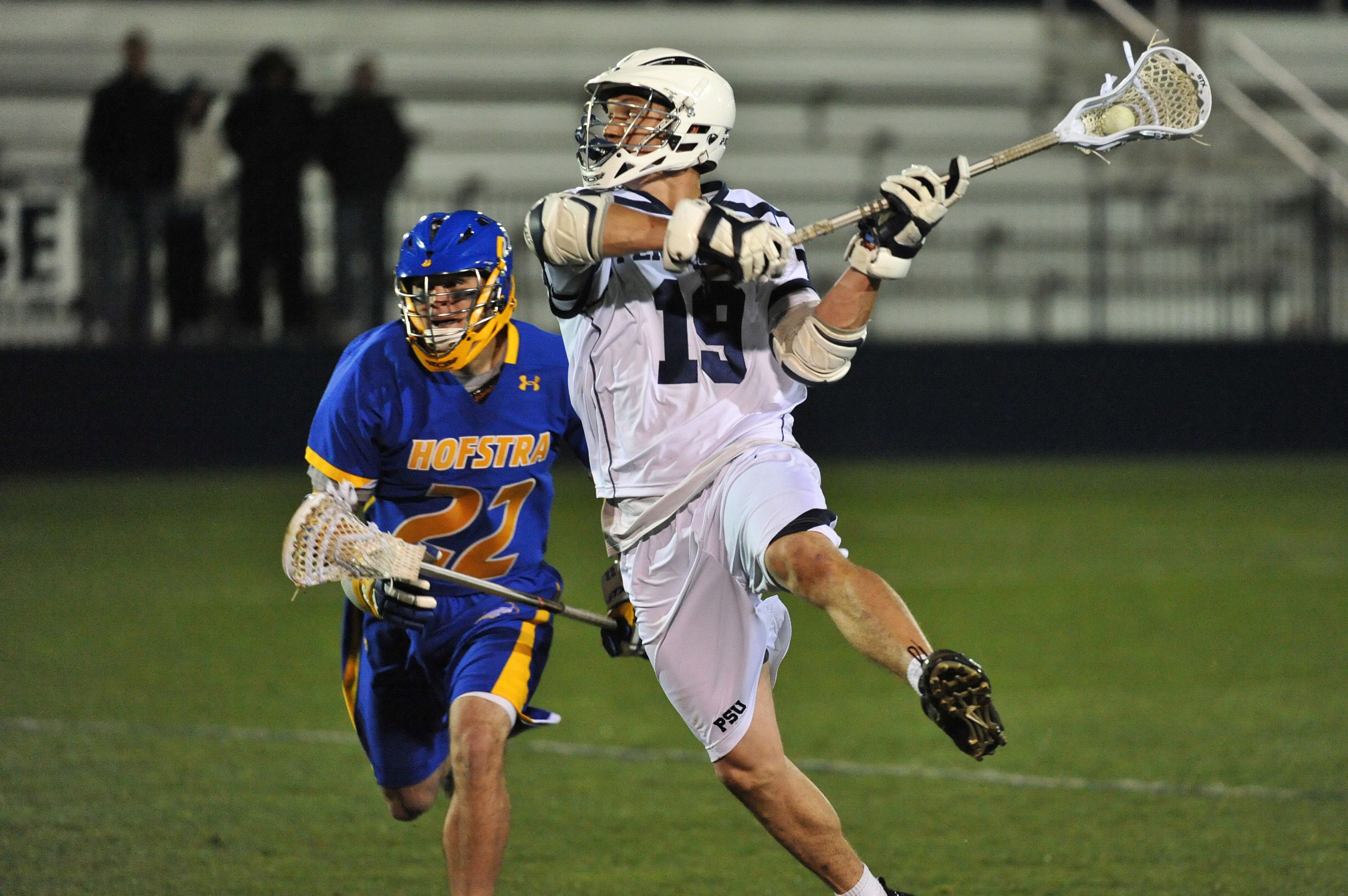 Penn State lacrosse benefited immensely from having Chris Hogan as a catalyst.

He was an all-conference standout with the Nittany Lions and met his wife, Ashley Boccio, a fellow Penn State lacrosse player. Hogan, who gained an extra year of eligibility after redshirting as a sophomore due to an ankle injury, said he has zero regrets going with college lacrosse over football initially.

“Who knows what would have happened if I didn’t make that decision?” he said.

Still, there was still part of him that wondered what it would be like to play college football.

Hogan joined the Monmouth football team as a “bucket list” item to delay sending out his resume before heading into the real world – a final goodbye to his youth before adulthood fully emerged. He was a steady presence at defensive back and wide receiver for the Hawks, recording a team-high three interceptions and adding three touchdown receptions. As he re-gained momentum in the sport, his mind started to race about the future.

Hogan decided to try to make an NFL practice squad, and once he latched on with the Buffalo Bills, he realized he might not need to rely on that resume after all. He finished with four touchdowns in 2014 and two in 2015 with the Bills, then signed with the Patriots in 2016 and became a fixture in one of the most prolific offenses of all-time.

Hogan, who shared a locker with Tom Brady for three years, said Brady never expressed too much interest in lacrosse even as Hogan’s sticks were practically in his face on a daily basis.

“Probably because he knew he couldn’t pick it up like I could,” Hogan said with a grin. 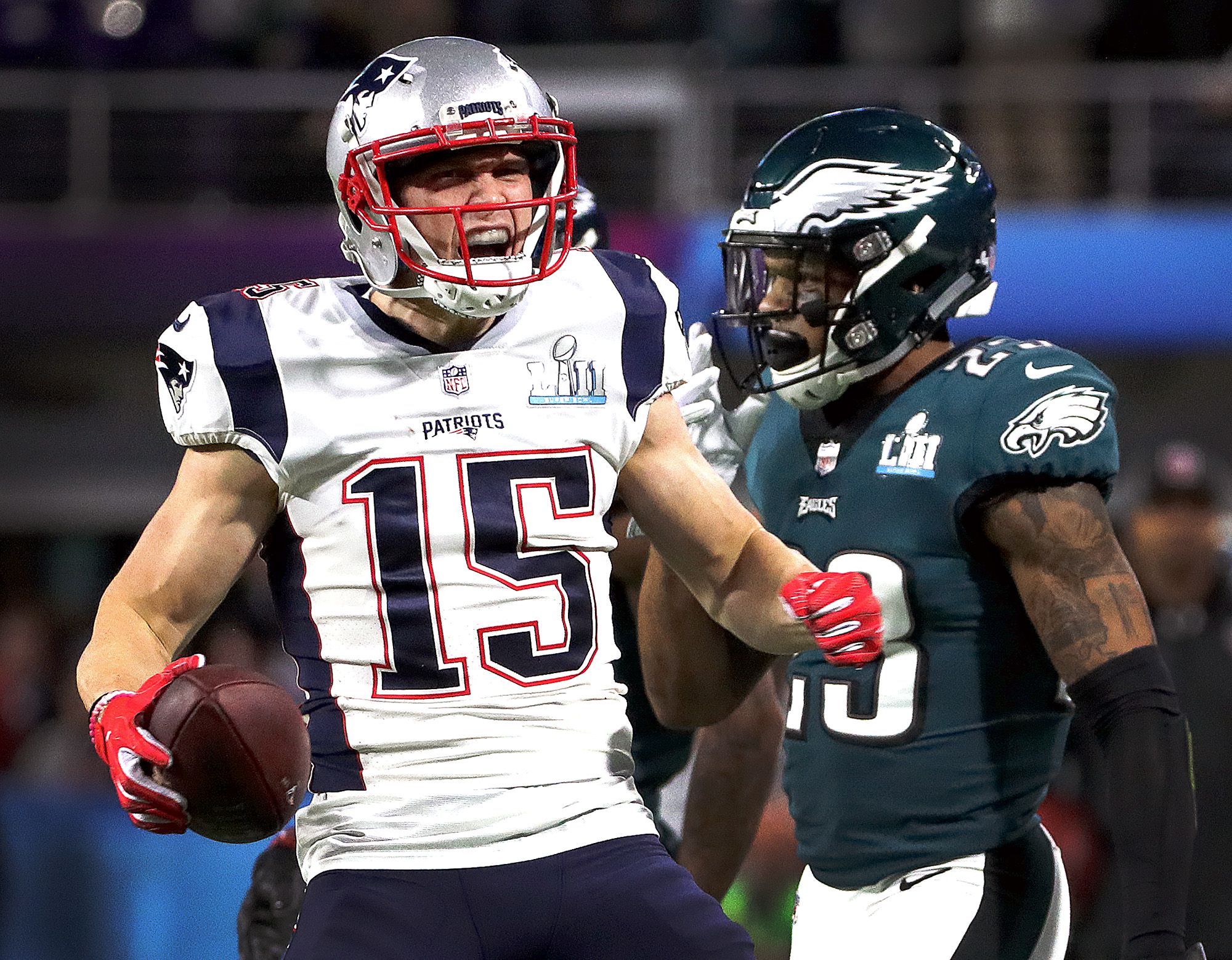 Hogan took pride in showing players such as Brady, Julian Edelman, and Danny Amendola about lacrosse as much as they would listen. They grew up with baseball, like Hogan, yet Hogan made sure to tell them there was this whole other world out there.

Long snapper Joe Cardona, who’s from California, also gravitated toward lacrosse as a kid. He was conference MVP as a high school senior and bonded with Hogan over their mutual interest.

Of course, Hogan also bantered with head coach Bill Belichick whenever Penn State played Johns Hopkins or Rutgers. Belichick is connected to the Johns Hopkins program and even guest-coached a practice, and his son, Stephen, faced Hogan while with Rutgers.

“There was a little rivalry going on in the building,” Hogan said. “We got to talk lacrosse a little bit here and there, which was fun. It’s such a great sport, and it’s nice to have someone like Coach Belichick that loves the sport of lacrosse the way he does.”

Hogan said there are many similarities between the two sports, particularly at his positions. Beating a defender 1-on-1 and having speed and agility are all imperative.

Even as his NFL career took off, he always kept a lacrosse stick close by. He often has a catch with Boccio at the beach and will play with anyone else who’s around.

“I never lost track of the sport at all during my time playing football,” Hogan said.

Time for a change

After his three years with the Patriots, Hogan appeared in seven games with the Carolina Panthers in 2019 and four with the New York Jets this past season before the Jets released him from injured reserve following a high ankle sprain.

The time off was frustrating in some ways yet was also a nice change of pace, as he got to spend extra time with his family in his home state and be by their side during the pandemic.

As he contemplated his future, it felt like the right time to make the switch. 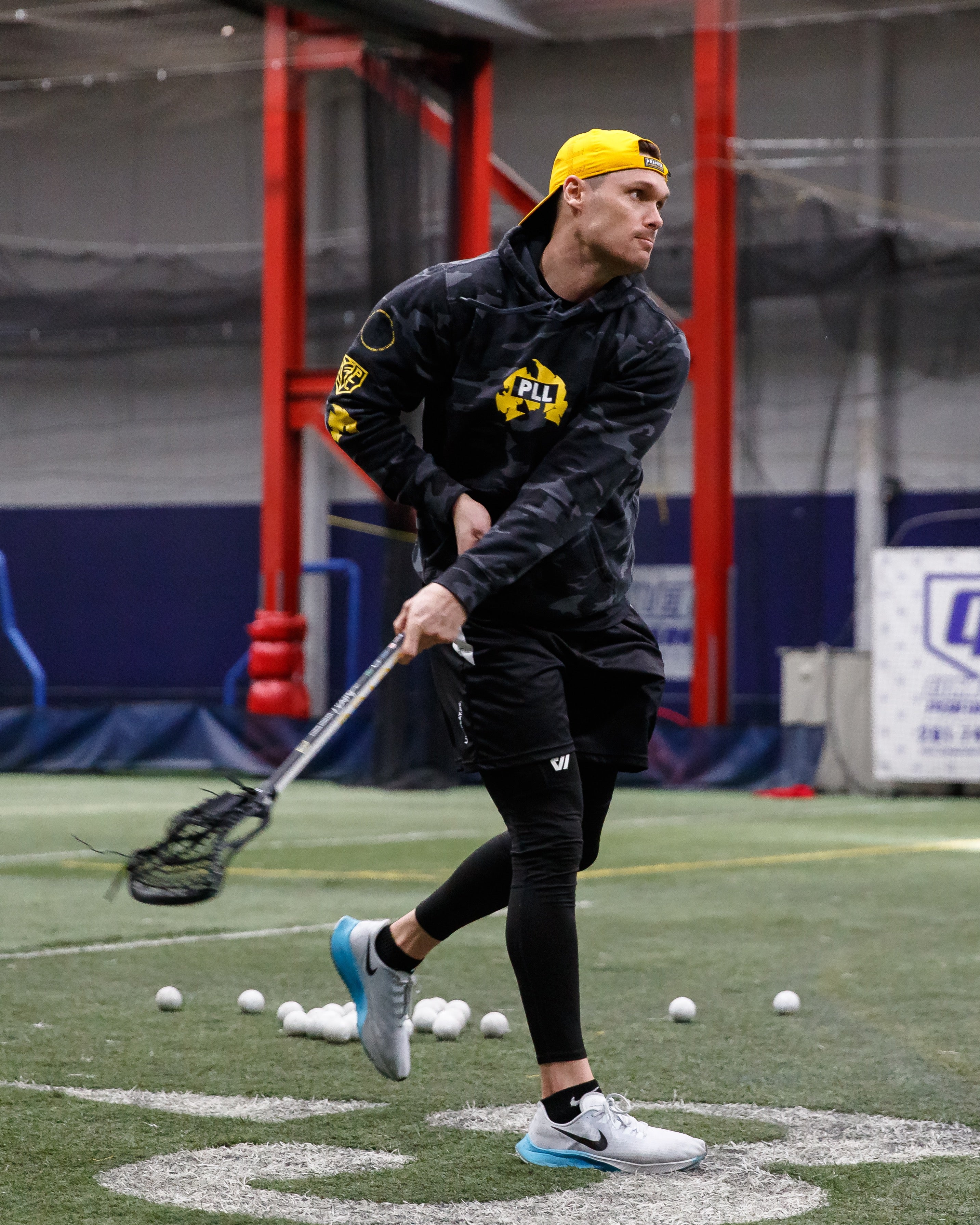 Chris Hogan has loved the sport of lacrosse since high school, and now he’ll get to compete as a professional.

He said his strength training and sprinting – everything he’s done for the last 10 years – stays essentially the same for lacrosse. The most important change is having a stick in his hands right away when he gets to the gym, throwing against a wall, shooting on the cage and on the run, and preparing himself to get back into game speed.

Those who know him well are confident he’ll adjust and be ready when the time comes. His partners through the internet marketing service Today’s Business, CEO Tom Ottaino and VP of Business Development Joe Sanfillippo, expect him to make some serious noise.

“Chris is one of the freakiest athletes I’ve ever seen,” Ottaino said. “At his Pro Day, he was putting up lineman numbers on the bench press test. If I would bet on anyone, it would be Chris.”

Hogan believes the sport has come a long way since he was in college, and he’s hopeful to help both lacrosse as a whole and the PLL flourish and expand even more.

“I think I have an opportunity to help grow this game that I started playing when I was younger,” Hogan said. “Being able to spread the word about lacrosse, and help give back to the sport itself, I’m looking forward to that.”

'They did embarrass us': Jimmy Butler's blunt assessment of the Heat's Game 2 loss