LONDON (AP) — After the aborted attempt to form a European Super League, Liverpool owner John Henry attempted to regain the trust of fans with an apology video on Wednesday.

The same public contrition was yet to come from all six of the Premier League clubs who faced two days of fury from their supporters for deciding — briefly — to abandon the UEFA system to join a largely closed breakaway European competition.

On a frenzied night of statements, Liverpool withdrew on Tuesday from the 12-team project along with the other five English rebel clubs, imploding the planned split from the existing Champions League.

“Over these 48 hours you were very clear that it would not stand,” Henry told supporters. “No one ever thought differently in England. We heard you. I heard you.”

English club owners like Henry didn’t just fail to consult their supporters. Even players and coaching staff at the Premier League champions were left in the dark before the announcement on Sunday of the Super League.

Liverpool players publicly voiced their opposition in a wave of coordinated tweets on Tuesday night to intensify the pressure on Henry to keep the six-time European Cup winners within the long-standing, open competition.

Henry directly apologized to manager Jürgen Klopp and the staff.

“They were the most disrupted and unfairly so,” Henry said. “This is what hurts most.”

The attempt at damage-limitation was familiar from Liverpool since the Fenway Sports Group bought the club in October 2010. Under Henry, the club has apologized for backing then-striker Luis Suarez in a racism case, for hiking ticket prices and for trying to use state aid to pay staff during the pandemic.

Henry, who also owns the Boston Red Sox, accepted he had to “rebuild trust” after letting down the fans.

“I’m sorry, and I alone am responsible for the unnecessary negativity brought forward over the past couple of days,” he said. “It’s something I won’t forget and shows the power the fans have today and will rightly continue to have.”

Fans of Arsenal, Chelsea, Manchester United, Manchester City and Tottenham did not receive a similar apology from their owners for the fleeting attempt to join the Super League.

The hours before the collapse of the Super League saw the British government threaten to introduce laws to stop it with Prime Minister Boris Johnson even holding emergency talks with supporters. The government indicated to fans it is exploring adopting the 50-plus-1 rule from Germany that gives fans the majority of voting rights, nominally to protect clubs from being controlled by private investors.

“Supporter engagement has to be embedded into the decision making and power structure of all clubs,” the Football Supporters’ Association said.

United, City and Chelsea only gave brief statements announcing they were deserting the Super League with no details.

Expressing disappointment at receiving no apology from the club, the Chelsea Supporters’ Trust said it has no confidence in the club’s leadership at board level led by chairman Bruce Buck — indicating their ongoing backing for owner Roman Abramovich, whose vast wealth has transformed the team since 2003.

Chelsea fans flooded the streets outside Stamford Bridge on Tuesday before the decision was leaked that the club was out of the Super League.

“We request a full and in-depth examination as to why the board took the decision to turn their back on the European competition and for CFC to explain why they signed up to the Super League without prior consultation with their loyal supporters,” the Chelsea Supporters’ Trust said.

Chelsea, though, had been the only club to seemingly more fully explain its strategy after Sunday’s announcement in a fans’ forum with Buck the following night.

The Manchester United Supporters’ Trust said for once fans weren’t ignored after they mobilized in opposition and managed to kill off the Super League.

“We need to make this a turning point — both for United and for football as a whole,” MUST said. “We have shown the power fans have.”

United also announced Tuesday night that vice chairman Ed Woodward would be leaving this year but tried not to link it to the disastrous decision-making behind the Super League or the failure to win the Premier League since 2013.

“The problems at Manchester United are at ownership level,” MUST said. “With Ed going, and their Super League dream in tatters, maybe the Glazers ought to consider if now is their moment to leave the pitch too.”

Tottenham chairman Daniel Levy said officials “regret the anxiety and upset” while explaining the finances on offer were too good to turn down initially.

Arsenal issued an open letter to fans, apologizing for distressing supporters but justifying signing up to the Super League by saying it didn’t want to be left behind.

“We know it will take time to restore your faith,” Arsenal said. 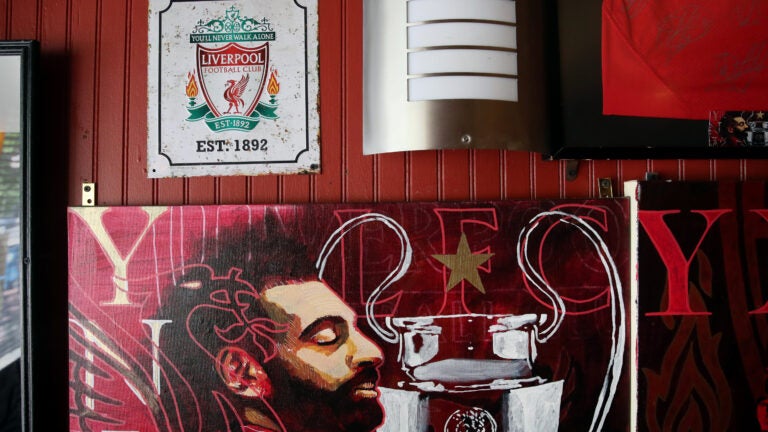