The Revolution have discovered another difficult-to-defeat MLS expansion team. A week after winning for the first time against Atlanta United, the Revolution fell, 2-0, to Nashville SC at Nissan Stadium in Nashville Saturday.

C.J. Sapong (25th minute) and Alex Muyl (75th) converted, and the Revolution had a goal disallowed and hit the post in the second half in falling to 0-1-2 against Nashville. The Revolution (2-1-1, 7 points), who visit the Philadelphia Union Wednesday, had a three-game unbeaten streak snapped.

Sapong made a sliding finish of a Walker Zimmerman header, the first goal surrendered in the run of play by the Revolution since the 11th minute of the season opener. The sequence followed Nashville’s fifth corner kick of the half, Gustavo Bou clearing to the center circle, then left back Daniel Lovitz finding Zimmerman isolated against DeJuan Jones at the back post.

Arnor Traustason had the Revolution’s first chance, his third-minute shot knocked away for a corner by Joe Willis. The Revolution recovered late in the half, Adam Buksa heading wide (34th), a Bou shot blocked (41st), leading to a Tajon Buchanan cross headed out for a corner.

The Revolution nearly equalized early in the second half, as Buksa had a goal disallowed for offside (48th) and headed off the right post (63rd). The Revolution then added Teal Bunbury, Brandon Bye, and Wilfrid Kaptoum, with Buchanan moving to left back.

But the changes failed to pay off as Nashville (1-0-3, 6 points) upped the advantage, Muyl capitalizing on a Matt Polster turnover for a 25-yard low drive into the right side of the net past Matt Turner. Buksa had another chance but failed to get off a shot (83d). Buksa went down on the play, referee Victor Rivas allowing play to continue, Buchanan hitting the side of the net before a VAR review confirmed the non-call nearly three minutes later. The Revolution continued to attack, and a Bye header was saved by Willis in injury time. 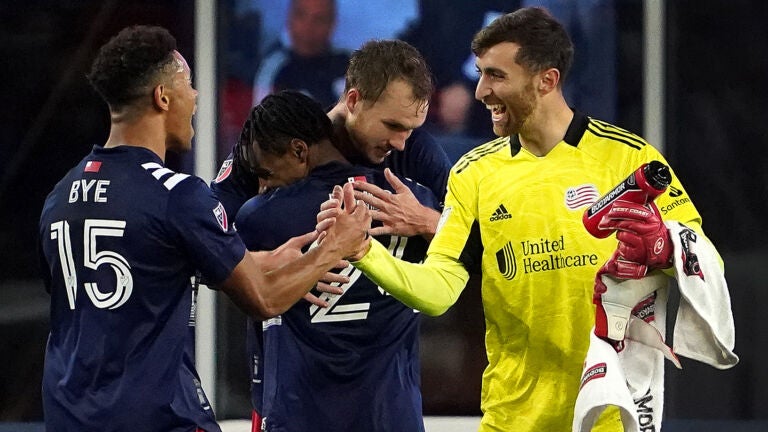