PARIS — Naomi Osaka dropped out of the French Open one day after officials threatened to expel her from the season’s second Grand Slam tournament if she continued to refuse to attend news conferences after her matches.

The move was a dramatic turn in the high-stakes standoff between the most powerful officials in tennis and Osaka, the world’s highest paid female athlete and a generational star who has quickly evolved into the most magnetic new figure in the sport.

“I think now the best thing for the tournament, the other players and my well-being is that I withdraw so that everyone can get back to focusing on the tennis going on in Paris. I never wanted to be a distraction and I accept that my timing was not ideal and my message could have been clearer. More important I would never trivialize mental health or use the term lightly. The truth is that I have suffered long bouts of depression since the US Open in 2018 and I have had a really hard time coping with that.”

Osaka, a private person who rarely grants interviews with the mainstream Western media, has not previously spoken of struggling with depression.

Never before has such a consequential star exited an event as big as the French Open over something that nearly every top tennis player has said in recent days is as much a part of being on the tour as lengthy travel schedules. It also stood in stark contrast to last summer, when tennis officials suspended play at the Western & Southern Open after Osaka, a four-time Grand Slam winner, announced she would not play her semifinal match to draw attention to the issue of police violence against Black people following the shooting of Jacob Blake in Kenosha, Wisconsin.

The suspension of play, a move that several sports undertook as athletes threatened a boycott, allowed Osaka to remain in the tournament. She won her postponed semifinal match and then defaulted the final because of an injury.

Last Wednesday, seemingly with little warning to any tennis officials, Osaka posted on Instagram and Twitter her decision to skip all press obligations during the French Open because the experience harms the mental health of players, especially when they have to answer questions following a defeat.

“If the organizations think they can keep saying, ‘do press or you’re going to get fined,’ and continue to ignore the mental health of the athletes that are the centerpiece of their cooperation then I just gotta laugh,” Osaka wrote. She said she would accept any fines levied against her for skipping the news conferences and requested that the funds be donated to a charity dedicated to mental health.

She removed that post right before posting her statement Monday.

Players are subject to fines of up to $20,000 for skipping a news conference, though the fines have historically been far less. Still, tour officials and most players have long believed that news conferences, though uncomfortable at times, are important for the promotion of the sport.

After learning of Osaka’s decision, the WTA Tour said Friday that it welcomed a dialogue with her about mental health but stood by its position on press obligations for players.

“Professional athletes have a responsibility to their sport and their fans to speak to the media surrounding their competition, allowing them the opportunity to share their perspective and tell their story,” the WTA said.

Osaka, however, refused to bend, even as several other major players, including the No. 3 men’s player Rafael Nadal and No. 1 women’s player Ashleigh Barty, said they disagreed with Osaka and that speaking to the news media was part of the job. Osaka, who made more than $50 million last year in endorsements and prize money, did not appear for a media day news conference and skipped a news conference after her first-round win over Patricia Maria Tig on Sunday in straight sets.

Though she skipped her post-match news conference, Osaka did take three questions from an on-court interviewer, Fabrice Santoro, after the match and a few more queries on her way off the court from Wowow, the Japanese broadcaster with which she is under contract.

Within hours she was fined $15,000 by the French Open tournament referee. In addition, the leaders of the four Grand Slam tournaments — the Australian, French and U.S. Opens and Wimbledon — warned that she risked harsher penalties, including being defaulted from the tournament, if she continued not to fulfill her media obligations.

In the statement — signed by Jayne Hrdlicka, the head of Tennis Australia; Gilles Moretton, president of the France Tennis Federation; Ian Hewitt, the chairman of the All England Lawn Tennis Club; and Mike McNulty, chairman of the U.S. Tennis Association — the officials said they had reached out to Osaka to open a discussion about both her well-being and concerns she had about news conferences and mental health.

Osaka, they said, refused to engage with them, leaving them with no choice but to pursue significant penalties to help ensure that Osaka did not gain an advantage over her competitors.

“We want to underline that rules are in place to ensure all players are treated exactly the same, no matter their stature, beliefs or achievement,” the officials stated. “As a sport there is nothing more important than ensuring no player has an unfair advantage over another, which unfortunately is the case in this situation if one player refuses to dedicate time to participate in media commitments while the others all honor their commitments.”

Regardless of whatever mental health struggles Osaka may suffer from, her sister, Mari, a former professional tennis player, essentially gave support in a post on Reddit to the argument tennis officials made. In the post, Mari Osaka said that the decision not to attend news conferences was driven largely by Naomi’s struggles to win on clay courts. Mari Osaka stated that every time her sister plays in a clay court tournament the press asks her about her poor record on the surface, which puts negative thoughts in her head.

The French Open is played on clay, so, she explained, her sister decided not to attend news conferences so she could “block everything out. No talking to people who is going to put doubt in her mind.”

Mari Osaka’s post seemed to raise questions about whether her sister suffers from depression: “She’s protecting her mind hence why it’s called mental health. So many people are picky on this term thinking you have to have depression or some sort of disorder to be able to use the term mental health.”

In her post Monday, Naomi Osaka described herself as an introverted person who suffers from anxiety before she has to speak with the press. She said she wrote to tournament officials privately to apologize for the distraction she had created and offered to speak with them after the tournament about potentially changing what she described as “outdated” rules requiring players to engage with the media.

After her match Sunday, Victoria Azarenka, a two-time Grand Slam champion, said she disagreed with Osaka’s position. “Press and players and the tournaments comes hand in hand. We are helping you guys,” she said. “I think it’s very important in developing our sport, in promoting our sport.” Azarenka added that she felt there were moments when the media did need to be more compassionate.

Osaka said she planned to take some time away from the tennis court. She did not specify whether she would play in the next Grand Slam tournament, Wimbledon, which begins in four weeks, two weeks after the conclusion of the French Open.

Wimbledon is the only Grand Slam that is played on grass, another surface where Osaka’s performance has not matched her dominance on hard courts. Osaka has never made it past the third round at Wimbledon, which is widely considered the most important championship in the sport.

Asked about Osaka’s withdrawal shortly after winning her first round match, Sofia Kenin, the player of the year on the women’s tour in 2020, said she respected Osaka’s decision, and acknowledged that the pressures of being a young star are intense.

“This is what you signed up for,” Kenin said. “This is sport. There’s expectations from the outside, sponsors, and everyone. You just have to somehow manage it.” 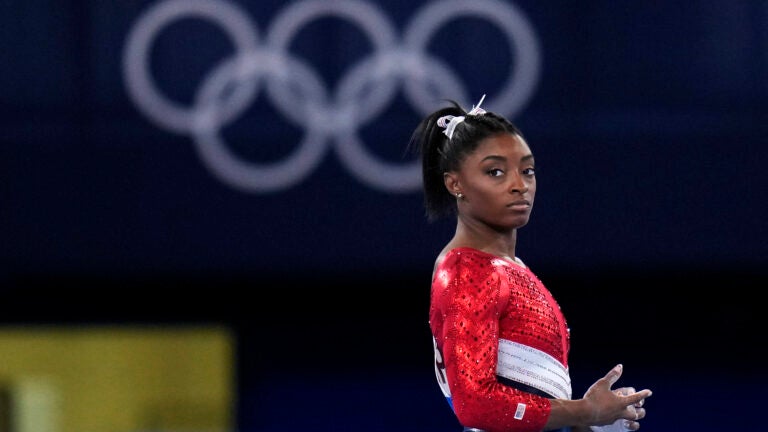