Hogan, who didn’t play in the league’s opening weekend at Gillette Stadium, was grateful for the opportunity to compete in Atlanta. He was disappointed that Cannons LC (1-2) lost a back-and-forth battle to defending champion Whipsnakes Lacrosse Club (2-0), 15-14, but he acknowledged that the experience still meant a great deal on a personal level.

He didn’t accumulate any stats, but he played physically and flaunted his potential. Hogan, who looked like he belonged, said he was focused on trying to do his job and help the team win.

“I was just excited to be out there, man, to compete with these guys,” Hogan said. “These guys are the best players in the world, and it’s an amazing opportunity that I was given today.” 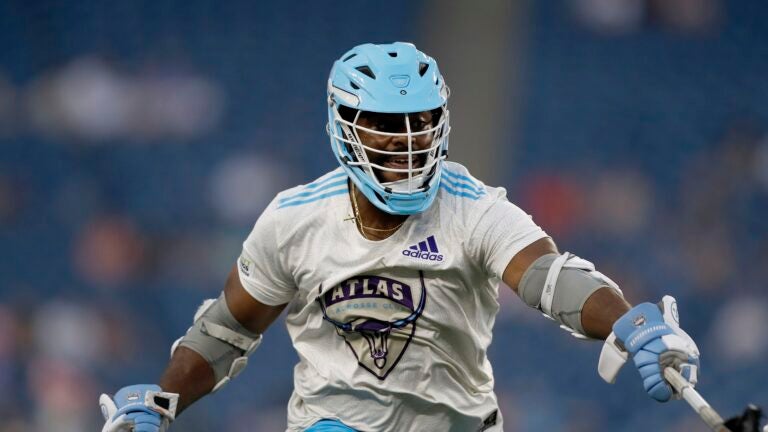