The Boston Pride revealed four new signings ahead of the 2021-2022 season on Wednesday as the team looks to defend the Isobel Cup.

On top of this, the Pride have added goaltender Katie Burt (who returns to the team after playing two seasons in the Professional Women’s Hockey Players Association), forwards Kayla Friesen and Katelynn Russ (both of whom played last season with the Connecticut Whale), and defender Abby Cook.

Cook, who played for Boston University in college, arrives back in Boston after a year playing for Djurgårdens IF in Sweden.

Among the former Pride players not included on the roster are Lexie Laing, Mary Parker, Tereza Vanišová, Carlee Turner, and Taylor Turnquist.

With 18 roster spots filled, newly installed Pride general manager Danielle Larouco still has the ability to make a few more additions before the season begins (teams are limited to a roster cap of 25 players).

Boston will open its title defense on Saturday, Nov. 6 (6:30 p.m.) in an Isobel Cup rematch against the Minnesota Whitecaps at Warrior Ice Arena. 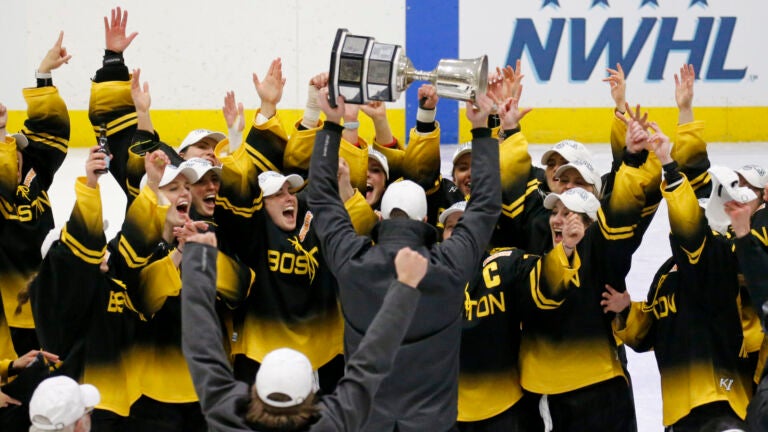