Before the Golden State Warriors took the floor for Game Four of the NBA Western Conference Finals on Tuesday, coach Steve Kerr gave a blistering statement on the shooting rampage earlier in the day that saw an 18-year-old gunman kill 19 children and two adults at an elementary school in Uvalde, Texas.

Seated before reporters, an emotional Kerr said immediately he wasn’t going to talk about basketball.

“Any basketball questions don’t matter,” he said before listing the number of dead in Texas and referencing other mass shootings, including one at a grocery store 10 days earlier in Buffalo, New York, that killed 10 people.

“When are we going to do something?” Kerr said, striking the table with his hand. “I’m tired. I’m so tired of getting up here and offering condolences to the devastated families that are out there.

“I’m so tired — I’m sorry — I’m tired of the moments of silence,” he continued. “Enough. There’s 50 senators right now who refuse to vote on H.R.8, which is a background check rule that the House passed a couple years ago. It’s been sitting there for two years. And there’s a reason they won’t vote on it. To hold onto power.”

“I ask all of you senators who refuse to do anything about the violence and school shootings and supermarket shootings — I ask you: Are you going to put your own desire for power ahead of the lives of our children and our elderly and our churchgoers? Because that’s what it looks like.”

“So, I’m fed up,” he continued. “I’ve had enough. I’m going to play the game tonight. But I want every person here, I want every person listening to this to think about your own child or grandchild or mother or father or sister or brother. How would you feel if this happened to you today? We can’t get numb to this.”

Kerr, whose father, Malcolm Kerr, was assassinated in 1984 while serving as president of the American University of Beirut, accused “50 senators in Washington” of holding the American people “hostage” by failing to act on universal background checks when the majority of voters support such a measure.

“They won’t vote on it because they want to hold onto their own power,” Kerr said.

“It’s pathetic,” he said before storming away from the press conference. “I’ve had enough.” 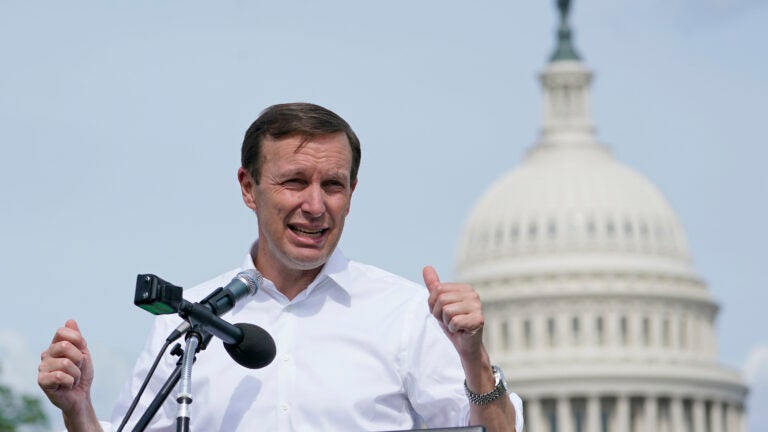