Despite a recent wave of unseasonably warm temperatures, Killington is on track to host its annual FIS World Cup race on Thanksgiving weekend.

The Vermont-based ski area was given a “positive snow control announcement” from the International Ski and Snowboard Federation (FIS) on Wednesday for the 2022 Killington Cup. This officially signals that the two-day event is set to happen on Nov. 26 and 27.

The FIS approval comes after colder temperatures and wintry conditions made a timely return to the region following a recent run of warm weather. Despite the slow start to the snowmaking process, Killington officials have remained confident.

“If we get five or six good days, we should be fine,” Killington general manager Mike Solimano said earlier in November. “We have a really, really powerful snowmaking system. We typically have over a hundred snow guns on that one trail.”

After temperatures soared above 60 degrees at the base of the mountain only a few days ago, the updated forecast now appears more seasonable.

“I think because we do the race on Thanksgiving [weekend], it was always going to be a tight fit, and it’s never simple,” Solimano said.

The announcement will be a welcomed one for international ski teams. Though the FIS World Cup season has just begin, several races — including the season-opener in Austria in October — have been either postponed or canceled due to rain and warm weather.

Racing will begin at Killington on Nov. 26 with women’s slalom. Racers, including defending champion Mikaela Shiffrin, will compete in two runs beginning at 10 a.m. The women’s giant slalom will proceed on Nov. 27, with first runs commencing at 10:15 a.m.

Killington has hosted the event each year since 2016 with the exception of 2020 when it was canceled due to the COVID-19 pandemic. The 27-year-old Shiffrin, who attended Burke Mountain Academy prior to turning professional, will be one of the favorites in both events.

In addition to the World Cup race, Killington also said Tuesday that it plans to open for its regular ski season to season pass holders on Nov. 17, and the general public on Nov. 18. 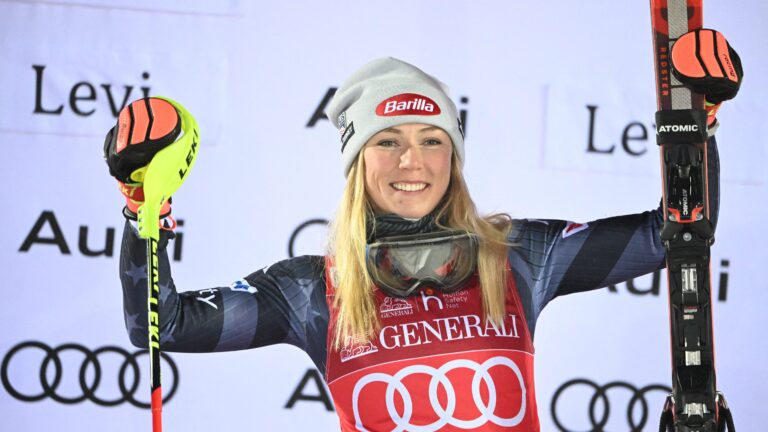