As it turns out, Bode Miller still gets the same feeling that so many fellow skiers get each year when the leaves fall off the trees and the weather begins to turn cold. Even before the snow is flying, the signs are clear: Ski season is coming.

“I get fired up for this time of year,” he said in a recent interview in advance of his upcoming appearance at the Boston-based Snowbound Expo (Nov. 18-20). Miller, 45, has returned to a (somewhat) normal skiing calendar after competing as a professional ski racer for more than two decades. During that time — in which he became one of the most successful skiers in United States history — his sense of a particular “ski season” was dulled by the constant demands of training.

“There was a long time where I didn’t have it because we never really left,” said Miller. “We would have a break in the spring, but we would ski in the summer down in South America and New Zealand. So the fall was just a continuation [of that] most of the time.

“But now it’s back to the way it was when I was little,” he said. “I would say, hopefully without pumping my own tires too much, that I’m one of the biggest ski enthusiasts that there’s ever been. I mean, I’m out there now over a hundred days every year with anybody I can. I go by myself all the time and I don’t mind if it hasn’t snowed in three weeks.”

It’s a testament to his love of the sport that Miller remains such a committed skier. It is, after all, the same thing he’s been doing since his youth.

Growing up in Franconia, New Hampshire, Miller became a ubiquitous presence at nearby Cannon Mountain.

“I skied every single day that the mountain was open for three years at Cannon,” he recalled, “and to ski every day the mountain’s open at Cannon is pretty gnarly. I mean, you get some seriously adverse weather days where no one is out there because the wind’s blowing, you know, 30, 40 miles an hour and the windchill is minus-20 degrees.”

Miller, in other words, made himself a “local” at one of New England’s classic ski areas. The experience helped add an edge to his eventual ski racing ability. He gained a reputation in his career as someone who — even in a sport as inherently aggressive and occasionally dangerous as ski racing — would push the envelope to gain an extra tenth of a second.

And it was Miller’s obsession with finding extra speed that quickly led to his interest in ski design. Even as a teenager in the 1990s, Miller possessed enough foresight (and courage) to tell representatives of K2 (a U.S.-based ski company) that he wanted to compete on the company’s newly released K2 Four, one of the earliest mainstream “side cut” skis. They eventually became known by the more popular term: shaped skis, and have since become universal in the industry.

“I can’t take 100 percent credit, but I worked for three years trying to convince K2 to build that,” Miller recalled of the Four. “I cut a snowboard in half because the snowboards at that time had a ton of side cut. I was into architecture back then, so I had all the drawings and construction overlays. They had tried shape skis back in the ‘70s and I kind of discovered through my experimenting with snowboards some of what they had been missing.”

Miller, who had also snowboarded in his youth, was eventually able to demonstrate to K2 the potential of side cut using the homemade version that he’d constructed out of cut-down snowboards. When he was finally able to compete on an actual factory-made shaped ski, he dominated. Racing at the 1996 Junior Olympics at Sugarloaf in Maine, Miller won three of four events.

“I wasn’t on anyone’s radar when I got on the shaped ski,” he recalled. “Granted I was the only one on a shaped ski, so it was a huge advantage for me.”

Years later, Miller’s newest pursuit is a continuation of the traits that have largely defined his life as a skier. Earlier in 2022, he became a co-founder (and chief innovation officer) of Peak Ski Company, a direct-to-consumer ski brand. Based in Montana where Miller lives with his family, it provides a seemingly perfect opportunity for the man who loved to tinker with his racing equipment to keep chasing a better ski.

“Tons of other people have been doing great things in the ski space,” he said. “But I do feel like I have a role in that and have had a role in that. This is kind of just the latest iteration of my involvement in the sport.”

“I’ve been a part of a lot of different ski companies,” Miller added. “I’ve been a part of some startups before since I retired. And the reality is that I went into those authentically hoping to create the right thing, but I was not the primary person and I didn’t have control of the situation. So with Peak, we feel like it’s really important to be out there, in the weeds with the people we know.”

If Miller’s life as a skier — especially a New England skier — is any indication, he’ll probably be “out there” every day, even when the windchill is minus-20. 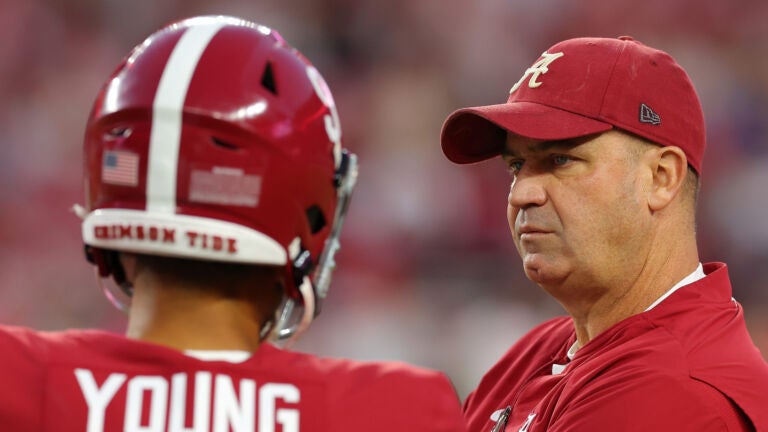