Bill Belichick gets hit with truth serum and has to answer one question thoroughly and 100 percent honestly. Which question do you ask him? – Rich

Well, first, we have to presume it was a Roger Goodell toadie (probably a former Jets employee) doing the truth-serum administering. Probably just sneaks up and jabs Belichick with a syringe full of sodium pentathol while he sits unsuspectingly in his office listening to “Livin’ on a Prayer” on repeat and watching 1962 Cleveland Browns highlights for the heck of it. I can see this happening.

But the question — the one question — we would ask of a man who has spent the past 17 seasons dodging questions with Dion Lewis-style make-‘em-miss dexterity? I can come up with one, easily, in all three phases: personal, controversial, and specific to football. More than one, actually. But here’s one in each category.

Personal: I know, a decent portion of Patriots fans don’t want to hear this, but it’s got to be the full details regarding his relationship with President Trump, right, and why Belichick sent him that letter and allowed it to be read on the eve of the election. So much about it — the possibility for distraction, the terrible writing, the support of a friend who doesn’t seem to jibe with his own beliefs — makes no sense.

Controversial:  This isn’t a question but a request for a full story. Tell us everything you know about Spygate. Deflategate? Meh. I mean, we’ve established that’s a Goodellian make-good to owners who complained that the Spygate punishment wasn’t enough.

Specific to football: So many ways we could go here, but the most obvious one is this: When did you know Tom Brady and not Drew Bledsoe would be your long-term starting quarterback?

If I could get just one of these questions answered, I’d take his soliloquy on the timeline of recognizing Brady’s talent. Though it’s tempting to have closure, one way or the other, on Spygate … and Trump.

What about you? What question would you want answered from Bill Belichick? Talk to me in the comments or on Facebook. I’ll talk back. 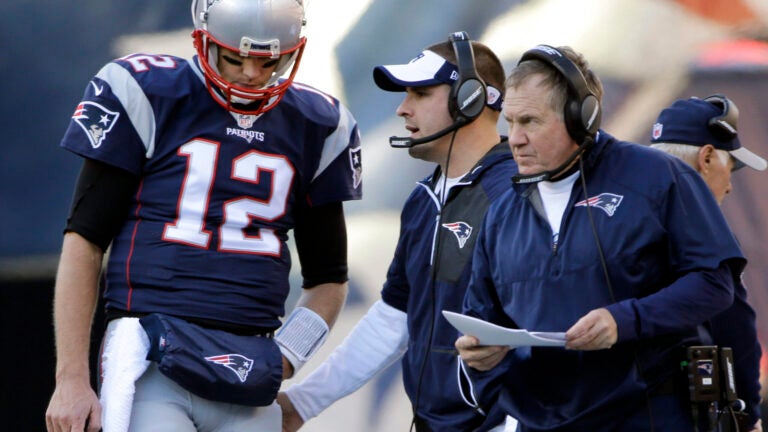 Is Super Bowl 51 the biggest game in Patriots history?