Over the last couple of days here at the Sports Q, we’ve had fun discussions regarding our favorite obscure players from Bruins and Celtics lore.

You should know that there are correct answers, and they happen to be Matt DelGuidice and Terry Duerod, though there is apparently room for debate there given the hundreds of responses.

My only grievance: Some of you don’t seem to know what obscure means. Pistol Pete Maravich was the opposite of obscure, people. The opposite! You cannot vote for Pistol Pete.

Anyhow, today’s Sports Q emerged out of the conversation about the Celtics’ version of favorite obscurity question. Specifically, it was the lament that Bruce Bowen – an obscurity with the Celtics who went on to become a core player for the champion Spurs – had gotten away:

What would we call that team? The “this guy should have stayed on the Celtics” roster. I like that idea better. Tell @GlobeChadFinn

Bowen – who was discovered by Rick Pitino,  one of his better personnel decisions here – is a good choice. One that comes to mind for me is actually a mistake Pitino made: He parted ways with Rick Fox among a bunch of other players in order to sign Travis Knight to a long-term deal. Life worked out pretty well for Fox in LA, but he had some attributes to his game that made him a quintessential Celtic. What a dumb decision.

Imagine some Celtics fans from the ‘70s would say Paul Westphal (traded for Charlie Scott, so not necessarily a bad deal in the short term) or Paul Silas. More recent fans will say Kendrick Perkins. I’m going with Fox, though I feel like I’m forgetting someone obvious.

What does everyone else think? Which player do you wish the Celtics had never let go? I’ll hear you in the comments. 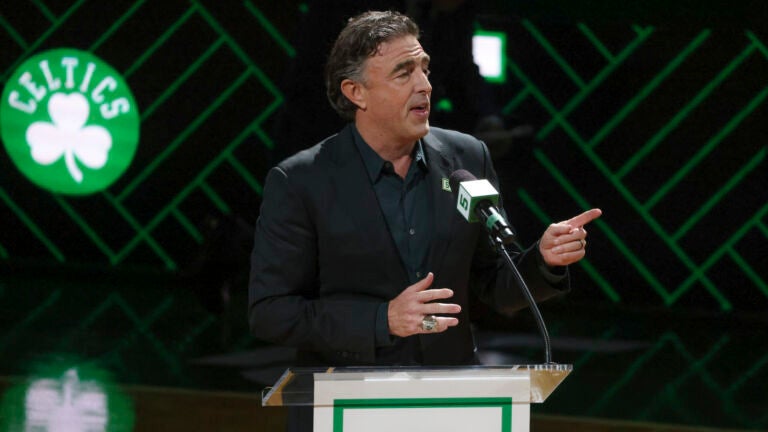