The Bruins are winning the Cup no matter who they play in the final round, but who should we want them to play? There’s no rivalry with the Blues or the Sharks. – Dave V.

Eh, there’s really not much a rivalry with anyone in the west. These things tend to develop over the course of a series. It sure felt like a rivalry with the Canucks by Game 7 in 2010.

And while there may not be a rivalry, there is history. The Bruins swept the Blues in 1970 – I’ll pause here while you nod in the direction of your soaring Bobby Orr photo – and St. Louis hasn’t been to the Final since. That would be a fun rematch, just to see all of the Big, Bad Bruins highlights on the NBC broadcast.

But we have to root for the Sharks, don’t we, for the Joe Thornton storyline? The Bruins took him No. 1 in the draft way back in 1997. His teammates his rookie season included Ray Bourque, who is 58 years old now. Thornton, who was traded to the Sharks for Marco Sturm, Brad Stuart, and Wayne Primeau (not exactly an Andrew Raycroft-for-Tuukka Rask-level heist there for the Bruins), is now a hockey elder himself at 39. It would be cool to see the Bruins’ former star battle the current team for the Cup.

Also, I agree that the Bruins will win, no matter who the opponent is. They’re a juggernaut.

What does everyone else think? Who do you want the Bruins to play in the Stanley Cup Final? I’ll hear you in the comments. 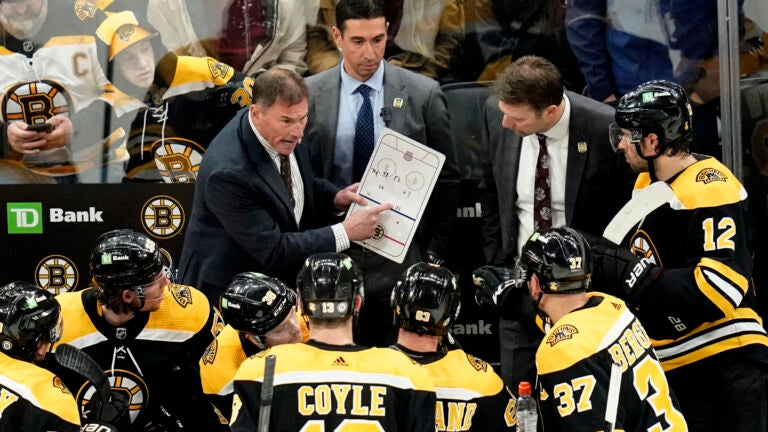