Now that we’ve actually realized the Celtics have three first-rounders going into the draft, who do you want them to pick with the No. 14 pick, their first one? Put me down for Bol Bol. A seven-footer than can shoot? He’d better go in the lottery on that alone. – Mark H.

Loved his dad, so that would be pretty cool, Mark, especially if the Celtics do actually clear out Aron Baynes, collect cap room and assets, and go young here while Jayson Tatum and Jaylen Brown continue to develop. I’m not sure another developmental player – that’s what Robert Williams was and still is – is the way to go if they’re trying to get a top-four or –five seed this coming season.

And Bol, even though he’s 7-foot-2 and shot over 50 percent from 3 at Oregon this past season, is absolutely a project, and one with high risk. As Pete Thamel detailed in an illuminating piece on Yahoo! Sports a few days ago, Bol has significant injury and commitment questions, and he weighs just 208 pounds.

I’d love the pick if an adult like Al Horford were sure to be with the team next season, but who knows who their veteran leaders end up being (Marcus Smart, hopefully).

If I had to guess, I think they pass on him if he’s there and take Tyler Herro, a sharpshooter from Kentucky who reportedly had a good workout. He sounds like a good fit in skill – they could use a perimeter deadeye or two – and he plays with hard and with confidence bordering on cockiness. That doesn’t just sound like the kind of player Danny Ainge usually likes. That sounds like Danny Ainge as a player.

But what does everyone else thing? Who do you want the Celtics to get with the 14th pick? I’ll hear you in the comments. 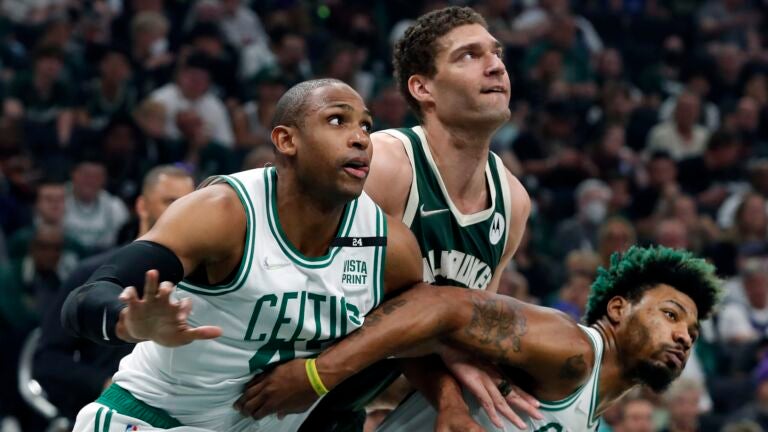 The Celtics can do this. They have earned our trust.