Well, it certainly seems possible, doesn’t it? The punishment for the Red Sox’ sign-stealing scandal came down Wednesday, and it turns out it really wasn’t much of a scandal at all.

The Red Sox lost a second-round pick. Replay operator J.T. Watkins was banned through the playoffs this year and cannot hold the job in 2021. And Cora, who had been twisting in the wind since the Astros’ punishments were handed out for their 2017 sign-stealing scheme (when he was the bench coach), found out the length of his punishment. He’s banned through the 2020 postseason.

Turns out the predictions that he’d be banned for multiple seasons, and perhaps for life, were just a bit over-the-top. The Red Sox’ sign-stealing scenario in 2018 was nothing close to the Astros’ dastardly deeds that got Cora suspended in the first place, and eventually cost him his Red Sox managerial job.

MLB found that it wasn’t directed by the manager, coaches, or anyone in the front office. Players would not have been punished even without immunity. And no innocent trash-cans were involved against their will.

So does this clear the way for Cora to manage the Sox again?

I’d love to see it happen – he’s an excellent manager and communicator – but I doubt it will. I’m not sure MLB would be thrilled with the idea of the Sox bringing him back in a year. And I’m not sure he’s Chaim Bloom’s guy in the first place.

It will be interesting, and perhaps telling, to see how the Red Sox proceed with Ron Roenicke now that they know the consequences of all of this. Will they remove the interim title? (The NY Post’s Joel Sherman reports that the Red Sox will do just that.) If they don’t, that might be a sign that there’s a shot of Cora coming back.

I do think today opens the door for him to be a major-league manager again. I don’t think it will be here, though.

What does everyone else think? Will Cora manage the Red Sox again? I’ll hear you in the comments. 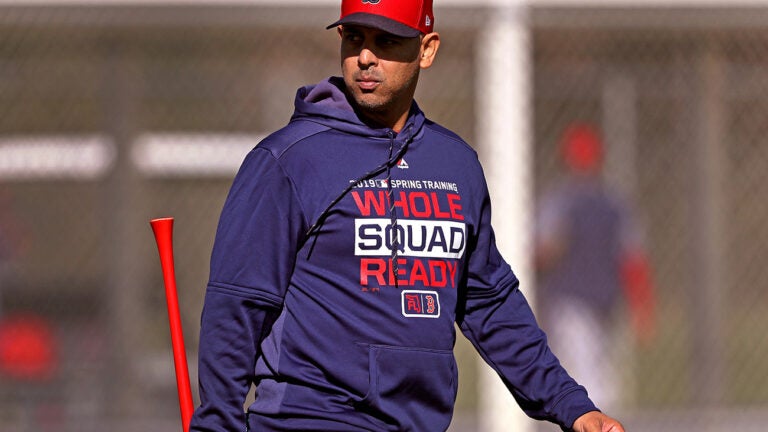 MLB released its report on the Red Sox’ sign-stealing investigation