Well, it wasn’t that long ago – back in May – that we fired up a Sports Q about the worst trades in Boston sports history. It was fairly comprehensive. This is what we had then for Worst Patriots Deal contenders.

A couple of thoughts: The worst deal in Patriots history was not made by Belichick. It’s either gifting Buoniconti to the Dolphins, or trading the pick that became Rice to the Niners. (The Pats had spent the No. 1 overall pick on Irving Fryar the year before, and also had Stanley Morgan, the most underrated receiver in NFL history, so I doubt they’d have had the sense to pick Rice anyway.)

Of the bad deals Belichick has made – a remarkable few given that he’s been here for 20 years – I’d put a couple down as worse than the Sanu swap with the Falcons.

The Starks deal was just terrible. He was brutal for the 2005 Patriots, the Monty Beisel of cornerbacks. I don’t like the Garoppolo deal, either, because they almost certainly would have gotten more in return had they shopped him around rather than focusing on the Niners as a trade partner. Even though he was a pending free agent, his promise would have convinced some team to give up more than the Niners did.

The Branch deal hurt them a lot in 2006, when Tom Brady’s best receivers were Jabar Gaffney and Reche Caldwell. They might have gotten past the Colts, and almost surely would have thumped the Bears and won another Super Bowl, had they not dealt Branch to Seattle in a contract dispute. But they did get back a No. 1 pick, which was a good return, even though the player they chose, Brandon Meriweather, was an enigma. Somehow he made two Pro Bowls. He’s the Scott Cooper of football.

I should note I have no problem with the deal that sent Chandler Jones to Arizona, even though he may end up in the Hall of Fame. They indirectly ended up with Joe Thuney and Malcolm Mitchell, a what-if who did help them win one Super Bowl, in return. And they kept Dont’a Hightower with the money they would have had to spend on Jones.

The Sanu deal? Bad, for sure, though he did have 11 catches in his first game against the Ravens before getting hurt. I suspect he’s damaged goods right now, which is too bad. I do give Belichick some credit for cutting bait – there are organizations that would keep a veteran player around just to avoid looking like they lost a trade.

Still, bad trade. Not as bad as the Starks deal or the Jimmy G swap, but it’s the third-worst by my accounting.

What does everyone else think? Was the Mohamed Sanu trade the worst one Bill Belichick has made? I’ll hear you in the comments. 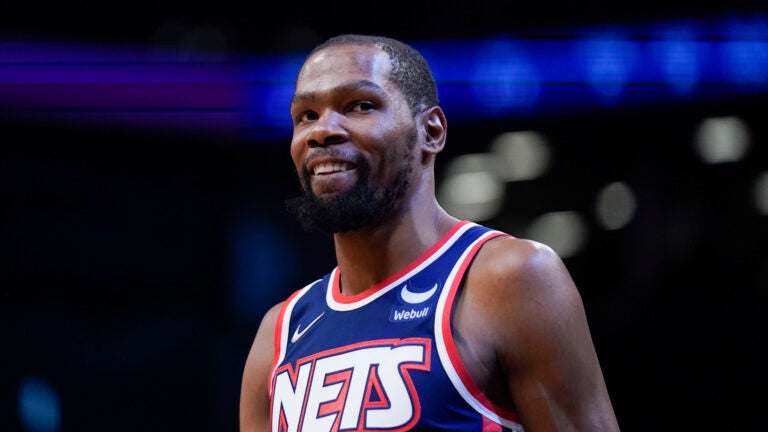