I saw you predicted the Patriots will go 11-5. That seems optimistic. You really believe it? They look like a 9-7 team to me, best-case scenario. That schedule is a monster. – Ben B.

Meant to get to this one last week before the Patriots actually played a game, but it’s still a worthwhile question. Yes, I do believe the Patriots go 11-5 and win the AFC East, and I believe it more after Sunday’s win over the Dolphins for a couple of reasons.

1. It’s clear Cam Newton still has his fastball. Any concerns about lingering effects from the shoulder injury from two years ago should have been assuaged with the dart he threw to Julian Edelman on his first attempt. I don’t know if he’ll stay healthy. But he can still play.

2. Something I’ve been saying all along is beginning to come true: There are good players on this team that Bill Belichick has identified but that we are not familiar with yet. Adrian Phillips looked an awful lot like Patrick Chung out there. Chase Winovich, a situational pass-rusher as a rookie, had a terrific all-around game. Joejuan Williams made two excellent plays after barely seeing the field last season. J.J. Taylor has some Dion Lewis wiggle in his game. Ryan Izzo has improved at tight end. Jermaine Eleumunor was dominating at times at right tackle. Jakob Johnson helped blow open a hole for Sony Michel on the clinching touchdown.

Yes, the Patriots had mass departures on defense. There is still quality and depth here in abundance. You’ll see. And it’s going to be fun discovering these new finds.

What does everyone else think? How many games will the Patriots win this year? I’ll hear you in the comments. 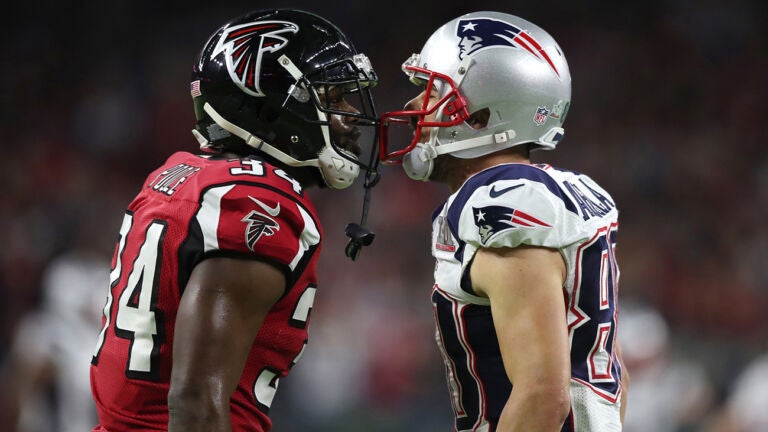