Do you have a Hall of Fame vote? If so, who are you voting for this year? – Steve B.

I don’t have one yet. I’ve got five more years (I think) before I do, which with my luck means they’ll take it away from the writers the year I become eligible. There goes your potential vote, Hunter Pence.

Like a lot of fans, I do look at the ballot every year and think about who I would vote for. I’ll keep this fairly brief because I may turn the topic into a future column, but here’s what my ballot would look like this year.

Roger Clemens and Barry Bonds: They’re basically the same case, right? The best hitter I have ever seen, and the best pitching career I’ve ever seen (though Pedro Martinez from 1998-2002 is the best pitcher I’ve ever seen). The performance-enhancing drug associations taint them, which is why they’re not in now. I have no doubt either one of them were massive-headed cheaters. Rather than a logo, they’d deserve an asterisk on the hat on their plaque. I especially hate what Bonds did to the record book. But there are PED guys already in, probably into the double-figures, and they were all lesser players than Bonds and Clemens. There’s a void without them.

Manny Ramirez: Yeah, he flunked PED tests, plural, after the testing program was implemented, and some use that to rationalize leaving him off while voting for Bonds, Clemens, Gary Sheffield, and others. That dividing line doesn’t work for me. They all knew what they were doing, and they knew it was wrong, whether or not there were official MLB rules against it. Personal preference does come into play heavily with this one. There isn’t a righthanded hitter – or a Red Sox player, save for Pedro – that I’ve enjoyed watching more than Manny. The box next to his name is the first one I’d check.

Gary Sheffield: A slightly lesser version of Manny, with a .907 career OPS and 509 homers. That waggle of the bat as he awaited the pitch made it seem like he was going to pulverize whatever was thrown his way.

Sammy Sosa:  There have been eight 60 home run seasons in baseball history. He owns three of them. What can I say, I remember the summer of ’98 fondly.

Curt Schilling: The best big-game pitcher I ever saw. Anyone who cuts his microphone during his speech would deserve immediate induction.

Scott Rolen: How many third basemen are in the Hall of Fame? Seven? Eight? There’s Schmidt, Brett … anyway, Rolen was an unheralded great player (seven All-Star appearances, eight Gold Gloves) at a position that’s inexplicably overlooked. He was the Ron Santo of his time.

Andruw Jones: Why doesn’t he get more notice? He was the best centerfielder of his day (10 Gold Gloves) and slugged 434 homers, including 51 for the ’05 Braves. Maybe there’s a sense that he underachieved a little after coming up and starring early in the ’96 World Series at age 19; he hit just .254 for his career, and .214 from his age 30 season and on. But he did enough during his 20s to warrant a spot on this ballot.

Billy Wagner: He was a more effective closer than Trevor Hoffman, who got in on the first ballot. When you’re putting together a list of great players who had brief stays with the Red Sox, don’t forget Wagner, who pitched 13.2 innings for the 2009 edition.

That’s nine players. Is there a 10th? I need to think more about Todd Helton. I could be talked back into Jeff Kent. Omar Vizquel, who received MVP votes in one of his 24 seasons, is a no.

What does everyone else think? Who would you have on your Baseball Hall of Fame ballot? I’ll hear you in the comments. 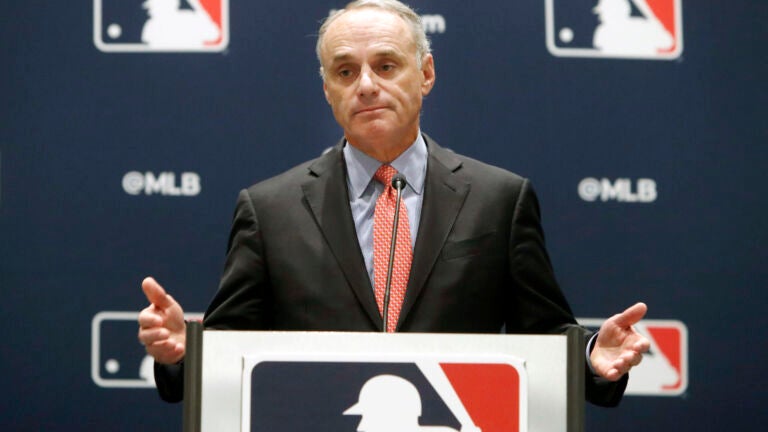