Who are you rooting for to win the Super Bowl? – Jen L.

Well, I can start out by telling you who I’m not rooting for – the Bucs, for starters. Nothing against Tom Brady, who had a phenomenal year, never should have played anywhere else, and gave Boston fans so many incredible memories. But I don’t want to see Antonio Brown win anything of note. And I’ve had it with oblivious supposed Patriots fans with short memories and no sense of appreciation or context that are already diminishing what Bill Belichick has achieved here, without remembering the times his game plans and strategy lifted up Brady. I’ll say it again: It was not either/or with Belichick and Brady. They are the greatest coach and the greatest quarterback in NFL history individually, and what they achieved in tandem will never be matched in the history of the sport. (I’d tip my hat to the Krafts here too, but “The Dynasty” did that for about the first 300 pages.)

I can also eliminate several other teams. I’d start with the Washington Football Team – Dan Snyder deserves nothing good – but the Bucs will take care of eliminating them this weekend. I’m also crossing off the Chiefs (no dynasty for you), the Seahawks (beat it, Pete Carroll), the Ravens (they’ll whine to the league about something after losing), the Colts (the Irsay factor), the Steelers (Ben Roethlisberger is ’06 Drew Bledsoe at this point), the Rams (I might root for them if Sean McVay has the daring to start John Wolford over Jared Goff, which he won’t), the Bears (who let them in the playoffs?), the Saints (Drew Brees postseason meltdowns are a rite of January), the Titans (it annoys me that Ryan Tannehill is good now), and the Packers (admit it, Aaron Rodgers is kind of a jerk to Jake From State Farm).

So that leaves … the Browns and the Bills. I’d love to see the Browns win it after all they’ve endured, but with the COVID situation keeping smart young coach Kevin Stefanski away Sunday night, it feels like a typical disappointing Browns ending is in the future.

So I guess it’s the Bills for me. Excellent team, fun quarterback in Josh Allen, their coach, Sean McDermott, has the Belichick blessing, and Bills fans endured even more than Browns fans have if you believe that a Super Bowl loss – let alone four in a row — is more painful than another run-of-the-mill 3-13 season. Yeah, they’re a division rival, but if they give Patriots fans any lip (or put up anymore cute billboards on Route 1), just start comparing and contracting Adam Vinatieri and Scott Norwood, and they’ll be quiet.

But what does everyone else think? Who are you rooting for to win the Super Bowl? I’ll hear you in the comments. 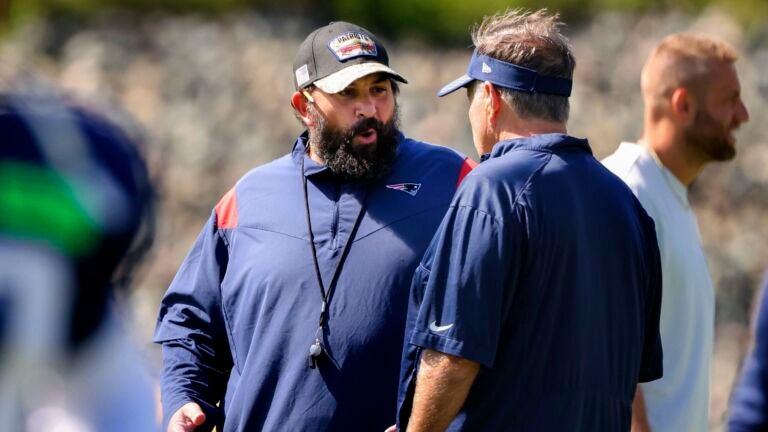 What experts are predicting for Sunday’s Patriots-Lions game