Is Dustin Pedroia a Hall of Famer?

This question would be more fun – and easier – to answer if Manny Machado hadn’t wrecked Pedroia’s knee in April 2017.

Pedroia was very good that season, hitting .293 with a .369 on-base percentage and .762 OPS in 105 games. But it was in essence the last season of his career – the lingering effects of the knee injury limited him to nine games total in 2018-19 – and  upon announcing his retirement Monday at age 37 he revealed doctors told him in ’17 that his knee could blow out at any moment.

If that dirty play had never happened? Well, maybe he would have broken down anyway, given the demands of the second base position and his no-holds-barred style of play. But if he’d stayed healthy and been able to put together two or three more Pedroia-like years – say, a .290 average with 30 or so doubles and excellent defense – he’d have a tremendous case for Cooperstown.

Cruelly, his Hall of Fame case probably comes down to something he heard in a different context through much of his career: He’s probably a little short.

But his overall numbers put him on the fringe of Cooperstown. He didn’t reach 2,000 hits (finishing with 1,805) let alone 3,000. The 3-for-30 performance in his nine games in 2018-19 dropped his career batting average to .299. His top career offensive comparison is Howie Kendrick.

But sabermetrics do like him. He provided 51.6 Wins Above Replacement in his career, more than Hall of Fame second basemen such as Nellie Fox, Bobby Doerr, and Bill Mazeroski. He’s 20th all-time among second basemen in JAWS, which averages a player’s career WAR with their 7-year peak WAR.

He would benefit from Lou Whitaker getting his overdue induction, and perhaps Bobby Grich too. Jeff Kent’s induction would also help. And there are still contemporaries at the position with a similar or better case, including Chase Utley and, believe it or not, Ian Kinsler (55.2) career WAR.

It would be a surprise if Pedroia makes the Hall of Fame. But I’ll say this: he becomes eligible the first year I have a ballot. So he has one vote coming his way.

What does everyone else think? Will Dustin Pedroia make the Hall of Fame? I’ll hear you in the comments. 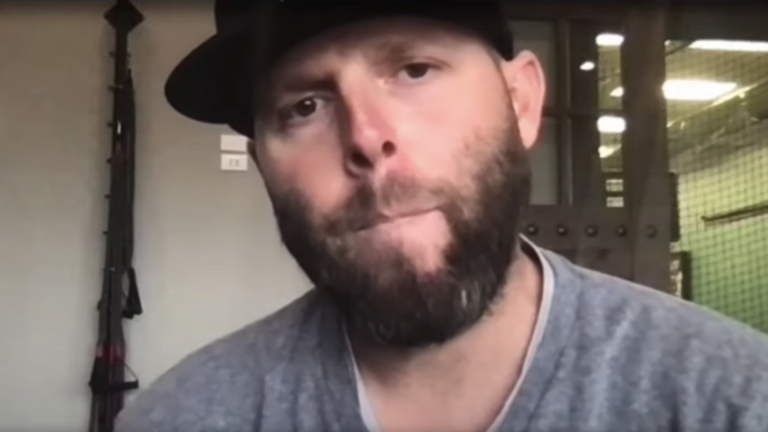