@GlobeChadFinn this is a great question for you, Chad. Best Red Sox outfield ever is? I contend it was the 2018 team but got some pushback on that and I figured this kinda thing is up your alley so thought I’d toss it your way

Is it possible to both love and hate a Sports Q question? I think this might be the test. I love this question because it reminds me of the best outfield I ever saw. And I hate it because, like the 2018 Red Sox outfield of Andrew Benintendi, Jackie Bradley Jr, and Mookie Betts, it was not together nearly as long as we would have hoped.

My vote for the best Red Sox outfield in a single season goes to the 1979 Red Sox. I am completely biased in this – I was 9 years old and in Year 2 of obsessing about the Red Sox. I am also right.

The ’79 Red Sox were a bit of a disappointment, winning 91 games (I know, sounds good right now) after winning 99 in ’78. But the only thing disappointing about their outfield was that their best player didn’t get his just due.

Fred Lynn hit 39 home runs – tied with left fielder Jim Rice for second in the league – while leading the league in Wins Above Replacement (8.9), batting, on-base percentage, and slugging. His ’79 season was better than his legendary arrival in ’75, when he won Rookie of the Year and Most Valuable Player. Yet he finished just fourth in the MVP voting, behind winner Don Baylor (3.7 WAR), Ken Singleton, and George Brett.

Right fielder Dwight Evans was still coming into his own as an offensive threat at that point, but he hit 21 homers with an .820 OPS and played dazzling defense. He was 29th in the AL in WAR (3.7).

That outfield played just one more season as a trio. Fearing Lynn would depart as a free agent, the Red Sox traded him to the Angels after the 1980 season for the husk of Joe Rudi, sore-armed Frank Tanana, and Jim Dorsey.

I’m still mad about it.

Many Red Sox fans feel the same way about the breakup of the Andrew Benintendi/Jackie Bradley Jr./Mookie Betts outfield, which looked like it would be together for years to come after the Red Sox won the 2018 World Series. Fearing he’d leave as a free agent – sound familiar? – the Red Sox traded Betts to the Dodgers last February. Benintendi was sent to the Royals last month, and Bradley signed a two-year deal with the Brewers Thursday.

Per baseball-reference’s Adam Darowski, the best starting Red Sox outfields in combined WAR – with the guideline that all three players delivered at least 3 WAR – look like this:

Here are instances of Red Sox outfields where all had 3+ WAR (eliminating 2018), sorted by total WAR. pic.twitter.com/KLisSSRW9s

So based on that measure, that stacked ’68 Red Sox outfield is the best. Me, I’m going to stick with ’79. And I certainly understand if you’re going with ’18. Especially now, with the last one of them having moved on and how easy it is to be sentimental about that season.

What does everyone else think? What is the best single-season Red Sox outfield of all-time? I’ll hear you in the comments. 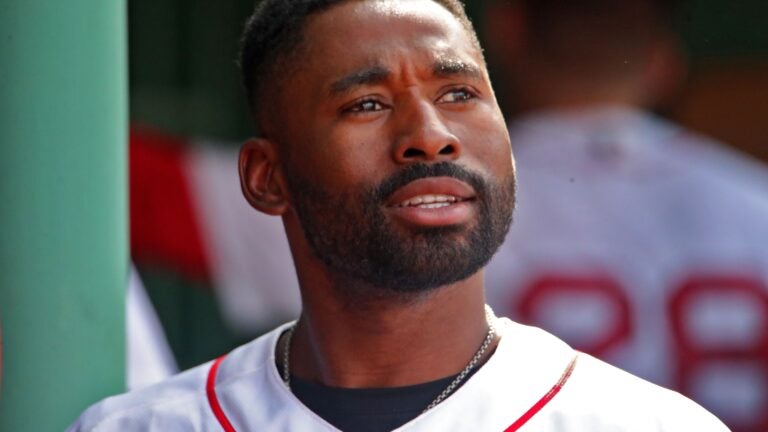