Who will lead the Red Sox in wins this year? – Steve P.

If you’d asked me this question three games ago, I probably would have said no one, because they’re never going to win a game.

Goofy season so far, huh? Three losses to the Orioles, three wins over the Rays, and now a chance to get some payback against Baltimore with another three game set.

Ultimately, though, I think it all adds up to the Sox being about what most of us thought they were. A .500 team, or maybe a little better than that.

And much more enjoyable than last year, for a variety of reasons. At the top of that list would be the improvement and quality of depth on the pitching staff.

Nate Eovaldi has been excellent in two starts. Eduardo Rodriguez is coming back. Tanner Houck (dispatched to the Alternate Site to master that sinker a little more, but big-league ready now) and Nick Pivetta both look promising. Martin Perez is in the right role at the back of the rotation. And competent pitchers such as Matt Andriese and Adam Ottavino have deepened the bullpen.

But to actually answer the question? I can’t believe I’m saying this, but I still think Garrett Richards is going to be good, even after a debacle of a first start. If I had to bet, I’d say E-Rod leads the staff in wins. But Richards, and Eovaldi, will be close.

What does everyone else think? Who will lead the Red Sox in wins this year? I’ll hear you in the comments. 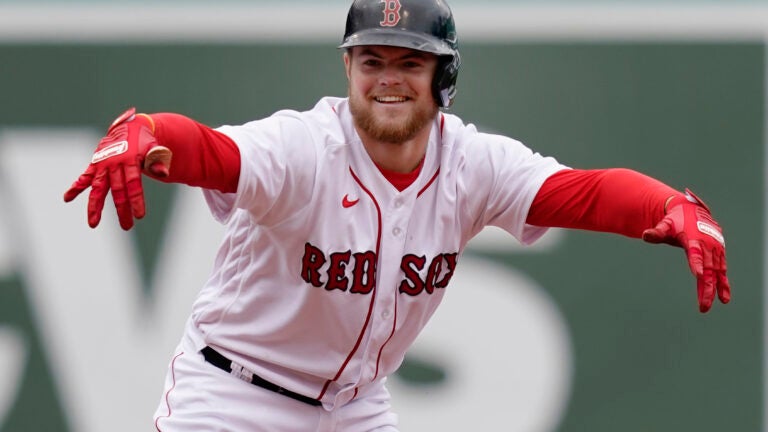