Well, there are a couple of variables to this one that affect the answer, right? Or at least they do for me.

If the Patriots stay at No. 15 in the first round, it’s more reasonable to me that they’ll draft something other than a quarterback. Perhaps a defensive player – say, South Carolina cornerback Jaycee Horn or Penn State linebacker Micah Parsons —  that they like is there, and he fits a long-term need while also being someone capable of contributing in 2021.

I’m also not unconvinced that they’ll stay there and draft a lineman. That would drive the fireworks-desiring fans nuts, but they’ve hit on No. 1 picks on the O-line before, particularly with Nate Solder and Logan Mankins. Wouldn’t shock me. Would bore me. But no shock.

I know there are some mock drafts that have Ohio State quarterback Justin Fields sliding to them at No. 15. Those drafts, frankly, should be mocked. I’m still not convinced he’s getting by the Jets at No. 2 or the Niners at No. 3, let alone sliding all the way down to No. 15. If the Patriots end up with him without trading up, it would be nothing less than a coup. Roger Goodell would probably launch an investigation into how it happened and dock the Patriots a third-round pick just for getting so lucky.

Now, if the Patriots trade up, it has to be for a quarterback. There’s still mystery about which one (or ones) they covet and which ones they think will be the next Paxton Lynch or Mitchell Trubisky. We won’t really have any clues about who they truly like until a couple of QBs beyond Trevor Lawrence have been drafted and the teams presumed willing to trade down are coming up on the clock. The real mystery of the draft, at least in how it pertains to the Patriots, begins with the Panthers’ pick at No. 8. If the Patriots want one of the most talked-about QBs, that’s probably where they’ll have to go to get one.

I’m going to cop out a little on the question, and tell you what I think happens. I think they take a defensive player at No. 15, then try to maneuver up with the No. 46 pick to take a quarterback, perhaps as plugged-in colleague Jim McBride suggested, Davis Mills from Stanford. They’re trying to win now, and they’re going to be able to get Jimmy Garoppolo if they want him. I can’t see them taking a high first-round QB unless Fields falls. And he shouldn’t.

But what does everyone else think? Would you rather the Patriots spend their first round pick on a quarterback or at another position? Let us know in the poll, and I’ll hear you in the comments. 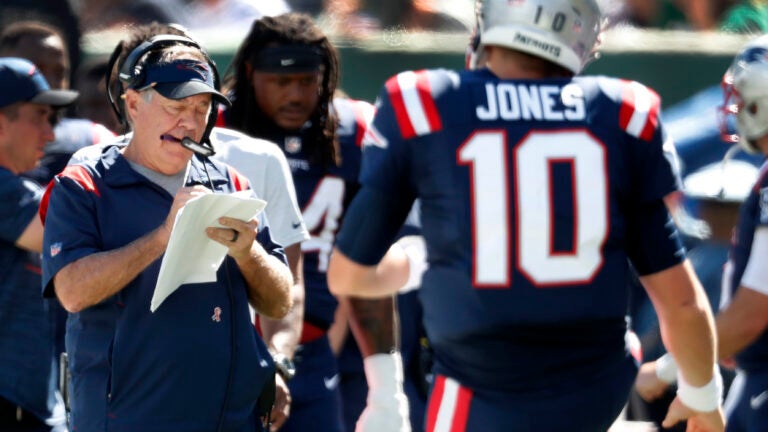 7 reasons Bill Belichick believes Patriots will be challenged by Saints