Are you going to watch the Derek Jeter documentary ESPN is putting out? And if so, will you just sit there mumbling that Nomar was better? – Kevin G.

Yeah, I’ll watch it. As the media columnist, I’m obligated. If I can listen to Boston sports radio multiple hours a day, I can endure this.

As for the second part of your question, I mumble “Nomar was better” anyway while I’m watching various TV shows wholly unrelated to the great shortstop debates of the late ‘90s, so I’m sure I will here. By the way, “Nomar was better” really ought to be a Wheel of Fortune puzzle one of these days. Get on it, Sajak.

This Jeter thing – titled “The Captain,’’ so presumably a lot of it is somehow about Thurman Munson? –won’t come anywhere close to generating the buzz of the “Last Dance” documentary series on Michael Jordan, which aired in the early weeks of the pandemic and provided a flood of instant pop culture references and memes. Heck, “Saturday Night Live” spoofed it just this week.

ESPN is promising candor from Jeter in the series, which will run in six parts at a yet-to-be-announced date, presumably in the lead up to his Hall of Fame induction in July. I’ll admit the pitch, at least, is pretty well-sold:

“The documentary series will use Jeter’s journey as a vessel to tell a larger cultural story that explores race, family, community, rivalries and more. The heartbeat of the project is candid access to the man who helped restore shine to a team, a city, and a culture.”

I suspect that Jeter, whose greatest achievement is keeping his private life mostly private and without legitimate back-page scandal during his 20-plus years as the darling of New York City, may have a different definition of candor than those who write press releases do. Maybe the doc will prove that his range as a human being is better than his range as a shortstop. But we’ll see.

I’ll put up with one episode of hagiography, one with Tim McCarver blathering about Jeter’s calm eyes, and one about his role in the Yankees’ success if I can also get single episodes on his refusal to move off shortstop, captaining the Yankees team that finally lost to the Red Sox, and why he and A-Rod stopped being besties.

I would also like an epilogue on why Nomar was better. I don’t think it’s too much to ask.

What does everyone else think? Will you watch the Jeter doc? I’ll hear you in the comments. 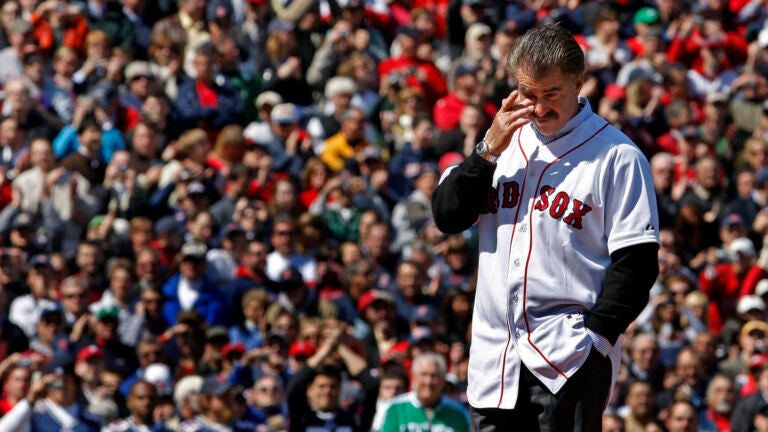