Who should be the Celtics’ next coach?

Wow, what a turn of events, huh? I have to admit that I love that those of you who wanted Brad Stevens gone as coach got your wish … only to have him end up in charge of the whole operation. Oops! Be careful what you wish for!

It’s going to be fascinating to see who ends up replacing him. I don’t think it should be anyone from the current staff. I’d expect Jay Larranaga and Jerome Allen to interview. Evan Turner fits the relatable ex-player criteria that so many seem to want, but he needs more experience, being just one year removed from playing.  This is a chance to add an outside voice to Stevens’s institutional knowledge, which can’t hurt at this point.

I like a few of the names that are being kicked around, some of which may even be based in fact. Juwan Howard has deep NBA experience as a player and assistant coach, and has been exceptional at Michigan. He’s going to be an excellent NBA head coach someday.

Spurs assistant Becky Hammon is a really interesting name. Stevens has spoken highly of her in the past, and she’s been mentored by arguably the best coach in NBA history, Gregg Popovich. Her time is coming soon. I do wonder if she’s in line to succeed him with the Spurs.

There have been a couple of names floated that make absolutely no sense, to the point that you must wonder whether the reporter is doing a favor for a source or something. Jason Kidd could probably help this team at point guard, but he’s not a good coach, and I don’t think people would be lining up to give him a character reference. Coach K? No way. He’s not giving up his farewell tour. And if you suggest John Calipari, I’m going to assume you’re a well-meaning relative of his and someone who doesn’t actually watch basketball.

My vote would go to Howard. Billups would be an inspired choice too. But what does everyone else think? Who should be the next coach of the Celtics? I’ll hear you in the comments. 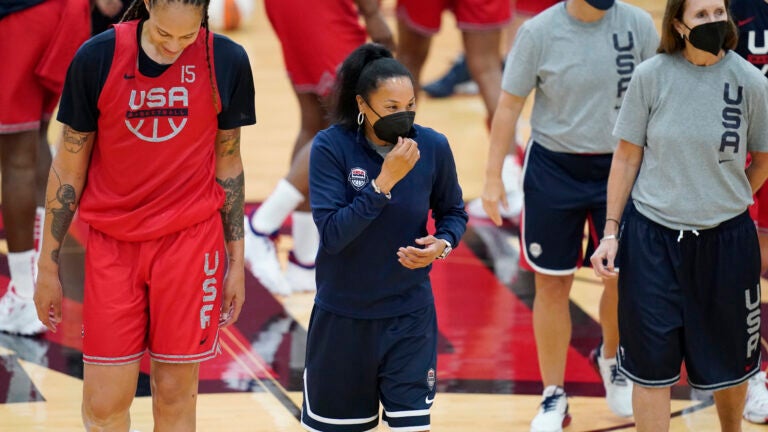