What’s the loudest you’ve ever heard a ballpark or arena?

This question is an offshoot of one Bill James asked on Twitter this morning:

My answer to this was Shane Victorino with the 2013 Red Sox. I knew he was an accomplished player – he was a three-time Gold Glove winner with the Phillies, was a stalwart on the 2008 World Series championship team, and received Most Valuable Player votes in 2009 and ’11 – but by the time he got to the Red Sox he was 32 years old and seemed to be declining. Instead, he put together an outstanding all-around season despite missing 40 games, playing a masterful right field, hitting .294 with an .801 OPS, 15 homers and 21 steals, and seemingly doing something every day to help the Red Sox win.

James got a lot of other outstanding answers to his question from Boston fans, among them Mike Lowell and Adrian Beltre (and even a vote for Dennis Seidenberg, a rock-solid defenseman on the Bruins’ ’11 Cup winner).

But thinking of Victorino made me think of something else: The loudest moments I’ve ever heard at a sporting event. I think Fenway Park after Victorino’s grand slam in the seventh inning of the clinching Game 6 of the ’13 ALCS against the Tigers is the loudest I’ve heard anything anywhere in life … and the beautiful coda to it all was the crowd of 38,000-plus singing Bob Marley’s “Three Little Birds” in unison.

Other times the roar of the crowd was startling and prolonged to the point that I’ll never forget hearing it live: David Ortiz’s grand slam in Game 2 of that same series; Trot Nixon’s walkoff homer off A’s pitcher Rich Harden in Game 3 of the 2003 ALDS; and Patrice Bergeron’s winning goal in OT (“Bergeron! Bergeron! Bergeron!”) in Game 7 against the Leafs in the first round of the ’13 Stanley Cup playoffs.

But what does everyone else think? What was the loudest you’ve ever heard a ballpark or arena? I’ll hear you in the comments. 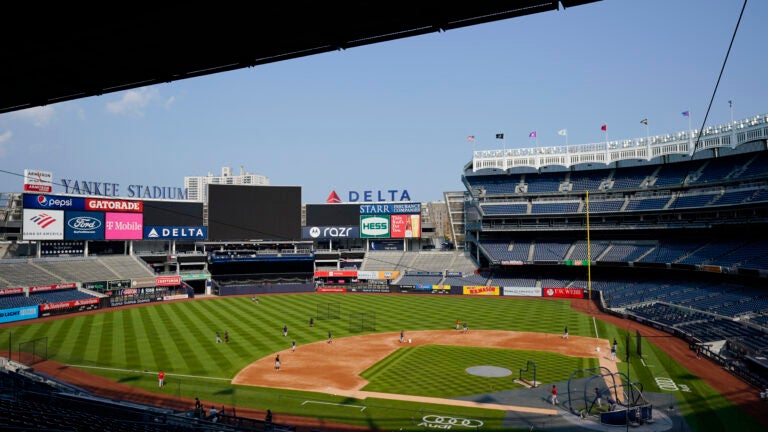