Who is the worst free agent signing in Boston sports history? Count this as one vote for Pablo Sandoval, who should win this in a runaway. – Jamie P.

You know what? I think we can make the case that the three worst were all Red Sox signings.

Bill Belichick has brought in some players that didn’t work out – Chad Ochocinco, Albert Haynesworth, Monty Beisel, Duane Starks – but none really hurt them long-term. Adalius Thomas, who came over from the Ravens on a deal that guaranteed $20 million before the 2007 season, is regarded as a bust, and he was a pain in the neck late in his time here. But he was also their best defensive player in Super Bowl XLII with two sacks and a forced fumble.

With the Celtics, it probably has to be a decision from the Rick Pitino era. Let’s go with the Travis Knight contract. Pitino gave the former UConn center a seven-year, $22 million deal in July 1997 after Knight had averaged 4.8 points per game as a rookie with the Lakers. The roster consequences of the deal were the most damning part. To sign Knight, Pitino renounced nine players to make the financials work, including dependable veterans Rick Fox and David Wesley. Pitino was the worst.

(Some might suggest Gordon Hayward belongs here. I’m giving him, and the Celtics, the benefit of the doubt because of his unforeseeable brutal injury. The first six or so minutes of his time here were a blast.)

As for the Bruins, it’s probably David Backes, right? He landed a five-year, $30 million deal with the Bruins in July 2016, scored 39 goals in 217 games over three-plus seasons, didn’t dress for Game 7 of the 2019 Stanley Cup Final against the Blues (his former team), and was eventually moved to the Ducks. Nice guy who dealt with some serious health issues, but it just didn’t work for him here.

As for the Red Sox … well, they’ve had a few terrible deals. More than a few. The three most regrettable, from worst to slightly less worse:

November 2014: Signed third baseman Pablo Sandoval to a five-year, $95 million deal.  Sandoval hit .237 with a .646 OPS in three seasons with the Sox. His most memorable moment was when he got busted liking an Instragram photo while he was taking a bathroom break during a game.

December 2010: Signed left fielder Carl Crawford to a seven-year, $142 million deal. Back in 2016, I wrote that Crawford, not Sandoval, was the worst free-agent signing in Sox history. I’m taking a do-over on that. Crawford was brutal – his skill-set was redundant with Jacoby Ellsbury’s, and the intensity of the Boston market was too much for him. But he wasn’t Sandoval-level bad. Just massively disappointing.

August 2014: Signed outfielder Rusney Castillo to a seven-year, $72.5 million contract. This move seemed like an overreaction to getting outbid on fellow Cuban defector Jose Abreu the year before. Castillo drew some Ron Gant comparisons and showed promise in his first weeks with the Sox, putting up a .928 OPS in 40 plate appearances late in the ’14 season. But it became apparent the next spring that there were several holes in his game, and he ended up relegated to Pawtucket purgatory through the ’19 season due to a quirk of his contract. He probably could have been a decent bench player under better circumstances.

But what does everyone else think? Who is the worst free-agent signing in Boston sports history? Who did I forget? I’ll hear you in the comments. 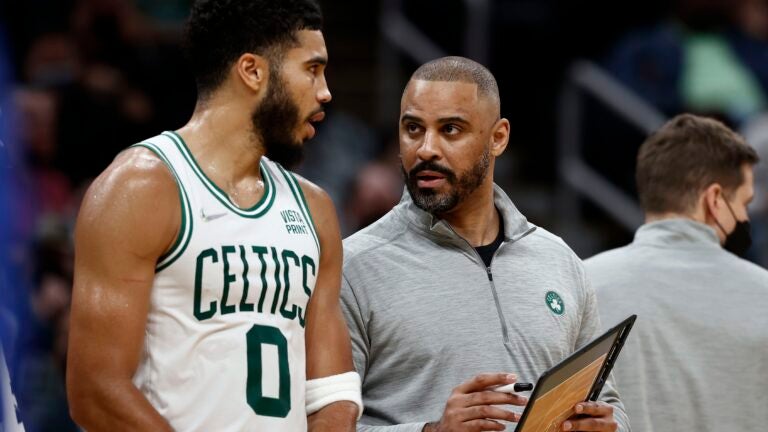