Were the Patriots too quick to trade Sony Michel? He wasn’t a great back, but he would have at least been a proven backup for Damien Harris, who still has a lot to prove himself. – Doug D.

Well, I thought they should have held onto him at the time of the trade to the Rams late in the preseason. He was a more productive player than he got credit for, probably because he was outplayed by college teammate Nick Chubb, who was drafted later than him. He was excellent during the 2018 Super Bowl run, and I think he’ll play well for the Rams once he gets acclimated. He might even become a decent receiver out of the backfield. He was showing signs of improvement there in camp.

But I’ll say this: I don’t want to hear from people – especially sports talk show hosts – who dumped on him and called him a bust during his time here, and now are lamenting the decision to let him go. It’s as disingenuous as it is predictable, and please catch yourself before you begin to parrot such insincere nonsense.

The Patriots will be fine at running back. Harris is good, and potentially excellent. Rhamondre Stevenson was basically erased from the depth chart for the game after losing a fumble (and not exactly burrowing through the pile to try to recover it), but there are real reasons to be enthused about what he can contribute. And I think we’ll see J.J. Taylor active pretty soon here, maybe even Sunday against the Jets. His beep-beep! speed gives the offense an element none of the other running backs provide.

I liked Michel. I would have kept him. But I understand why they moved on. And there needs to be a lot more evidence it was a mistake before that decision can be second-guessed with sincerity.

What does everyone else think? Should the Patriots have kept Sony Michel? I’ll hear you in the comments. 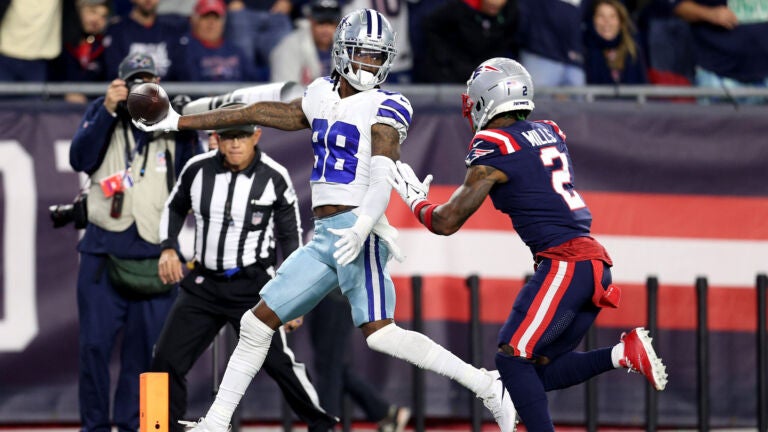