Guests at a wedding in Bolton had a rude awakening when police mistook those staying in tents for protestors of the controversial LIV Golf tournament.

The Benoit family of Lancaster and their wedding guests were camping in the woods on their property when police mistook them as protestors, according to The Boston Globe. LIV Golf is backed financially by Saudi Arabia’s sovereign wealth fund, which many critics see as a way for the kingdom to distract from its human rights abuses.

The mother of the bride, Jennifer Federhen Benoit, told the Globe they were “livid” that police showed up on their property.

“My husband, both of us were, and also the bride and the groom,” Benoit said. “They trespassed onto private property and broke the party up, the police did. They shook tents. They didn’t do it nicely.”

Two police officers reportedly walked onto the property via the golf course and began waking guests. When informed the camp was made up of wedding guests, the officers left.

The Benoit family expressed displeasure at LIV Golf as a whole, the Globe reported. The bride, Joanna Benoit, said she wasn’t thrilled with the way the situation was handled.

“I’m not someone who, like, dreamed of my wedding, but it was honestly everything I could have possibly hoped for,” Benoit said. “It was perfect, and worth the wait, and on Sunday, I was so confused.

“A lot of feelings are involved, to be honest. I mean, frustrated for sure, and angry because they’re still trying to ignore it and push it to the side.

The International released a statement to the Globe, saying that “the manner in which this situation has played out has not been conducive to constructive conversation nor resolution.”

“We hope and expect that moment will come soon,” the statement reportedly read. “This misunderstanding notwithstanding, we have always been a good neighbor and always will.”

The event will take place from Friday to Sunday, headlined by the No. 2 player in the world Cameron Smith. Smith — who was one of six players to recently announced their move to LIV Golf — won the British Open this year. 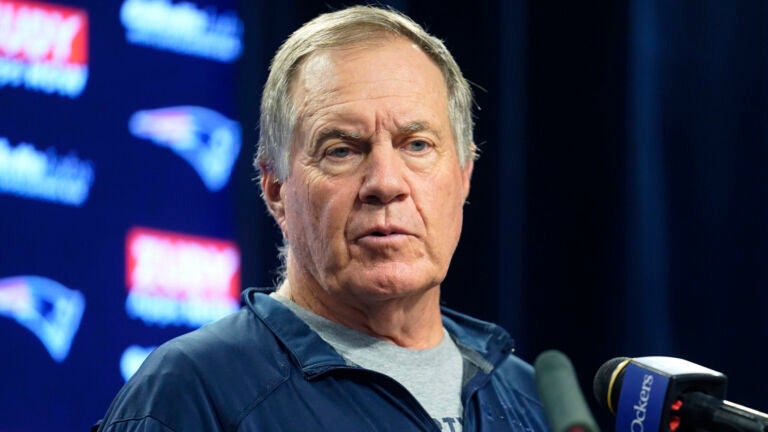 'Bill's at his best when everybody doubts him': Former Patriots assistant backs Bill Belichick