Tomas Nosek scored for the second straight game and Jake DeBrusk also had a goal to help the Bruins win their fifth straight and improve to 10-0 at home. Linus Ullmark stopped 22 shots for his 12th victory in 12 starts.

Owen Tippett scored on a power-play for Philadelphia, and Carter Hart made 28 saves. The Flyers have dropped five straight.

Tippett cut it to 2-1 midway through the third, but Krejci countered 16 seconds later.

NOTES: Philadelphia’s John Tortorella coached his 1,400th NHL game. The Boston product became the first American-born NHL coach to reach the mark. … The Bruins staged their annual Military Appreciation Night. The players commemorated the occasion by wearing camouflage jerseys during pregame warmups that were scheduled to be auctioned off to benefit the team’s charitable foundation.

Flyers: At Montreal on Saturday night. 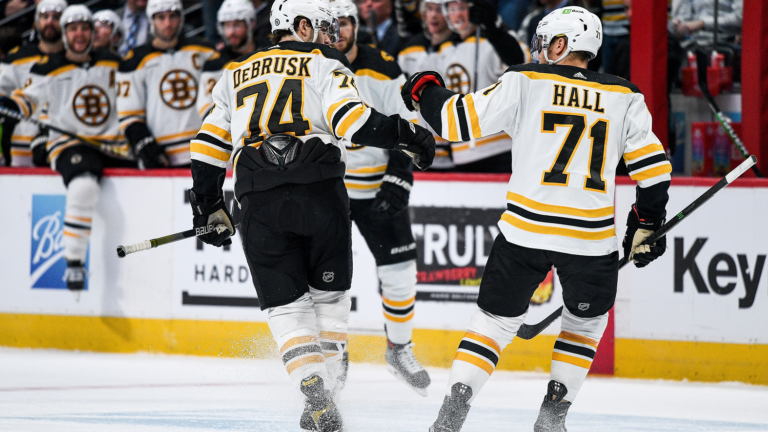