Olivia Culpo was crowned Miss Universe in 2012, but she proved last night that her heart is in New England.

Culpo, 24, cheered on her boyfriend Danny Amendola, 31, at Super Bowl 51 in Houston Sunday night. Throughout the evening, she took to social media to share her excitement about the big game, posting several photos on Instagram before and after the Patriots’ incredible victory.

Before the game, Culpo, a Rhode Island native, shared a photo with some friends in the stands at NRG Stadium. She and a friend were sporting white Patriots’ jerseys emblazoned with Amendola’s number, 80.

After the Patriots’ big victory, Culpo posted a photo on the field celebrating with her boyfriend. The picture was accompanied by a sweet caption congratulating Amendola on his role in the comeback win: “When your man turns the entire #Superbowl around….. #PROUD … what a game”. 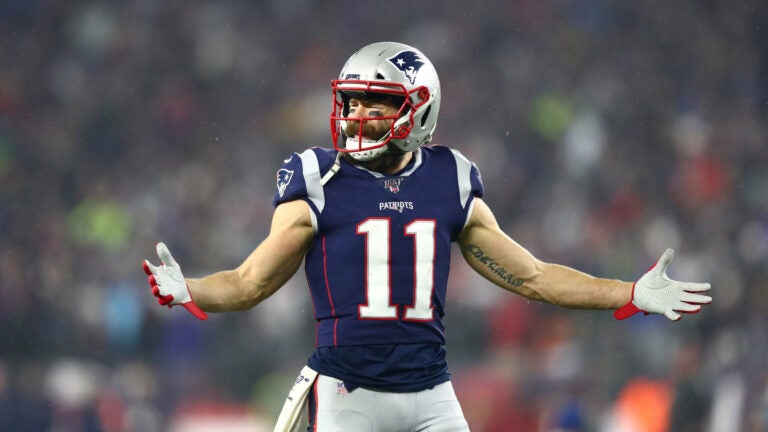