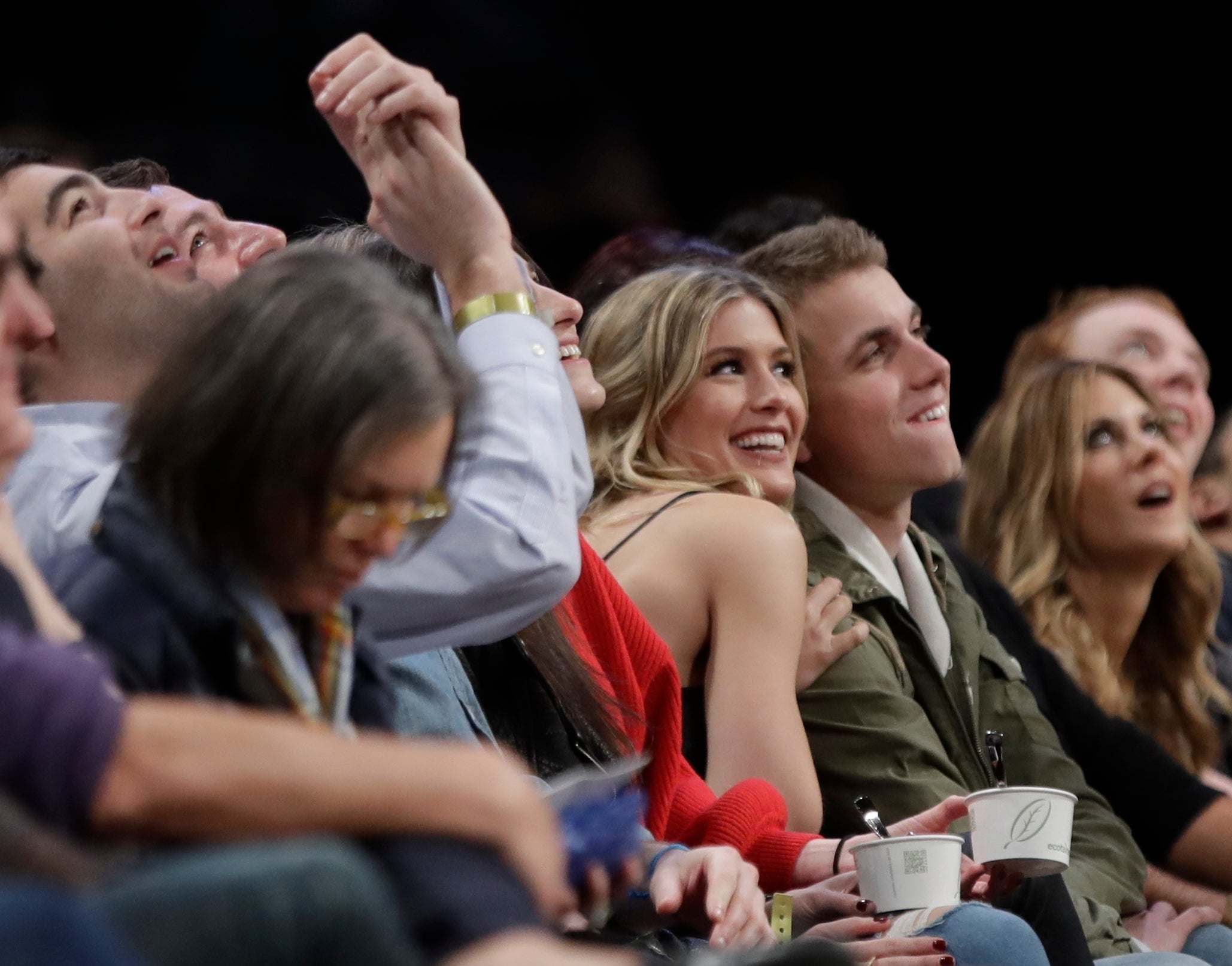 Genie Bouchard poses for photographs with her blind date, John Goehrke, during the second half of a game between the Brooklyn Nets and Milwaukee Bucks on Wednesday in New York.

The Canadian tennis star and now swimsuit model sat courtside at a Brooklyn Nets game Wednesday night with a fan who asked her for a date on Twitter if the New England Patriots won the Super Bowl.

Bouchard tweeted during the Super Bowl that she knew the Falcons would win. A fan named John Goehrke responded to her by writing “if patriots win we go on a date?” and she responded “Sure.”

@geniebouchard if patriots win we go on a date?

The Falcons then blew a 25-point lead as the Patriots rallied to win in overtime and Bouchard agreed to keep her word. In New York for ceremonies tied to the “Sports Illustrated” swimsuit issue, in which she appears, she met Goehrke earlier Wednesday and they sat together for the game against the Bucks, even coming on the court and throwing some souvenir balls into the stands.

Busy day with @si_swimsuit and then tonight… I’m going on a date ? pic.twitter.com/jNF5sokLNx 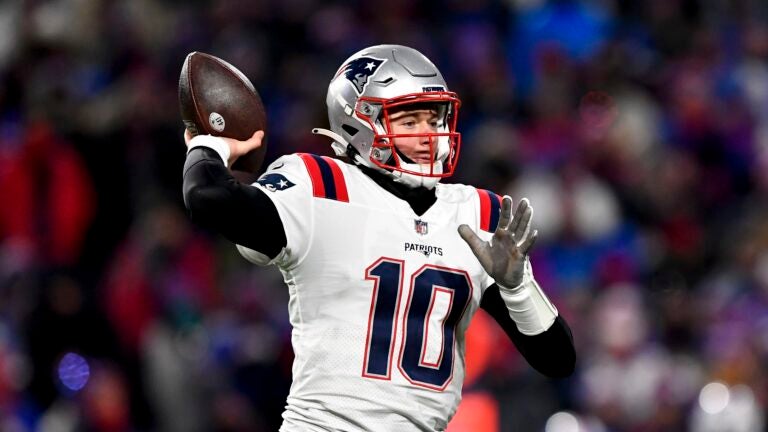