Tony Romo became a broadcasting phenomenon in 2017 when he went directly from the Dallas Cowboys sideline to CBS’s top NFL broadcast pairing, earning the kind of acclaim reserved for John Madden and very few other color analysts in history.

Much of the early praise for Romo was based on his uncanny knack for identifying what an offense was about to do before it inevitably fulfilled his prediction. He’s gotten away from the prediction game in recent years, but he still has a broader way of telling viewers what to watch for that in some ways is more impressive than calling out a specific play.

Case-in-point from CBS’s Super Bowl broadcast Sunday night: When the Chiefs’ Bashaud Breeland was hit with a pass-interference flag with approximately 3 ½ minutes left in the first quarter, Romo, in sync with the production staff, was ready to make a prescient point.

“This team likes to hold a little bit, Jim, they really get their hands on you a lot,” said Romo over a replay of Breeland clinging to Bucs receiver Mike Evans’s upper arm. “You can see that’s a penalty over and over again.  That’s one area we’re going to watch.”

“Look at the other side. Bet you’re going to see the same thing.” On our screens, director Mike Arnold had already queued up a shot of Chiefs defensive Charvarius Ward trying to wrap his arms around Bucs receiver Chris Godwin.

“Yeah,’’ said Romo with a slight chuckle, “Ward right there trying to do the same. That’s sticky coverage, right. But if they get penalties on them, it makes the game very easy for the offense.”

That observation was still on my mind when the Chiefs made it look prophetic before the half was over. Ward was flagged for a 34-yard pass interference penalty after tripping Evans in the final minute of the half, a blunder that helped the Bucs score a touchdown on the drive and take a 21-6 lead into halftime. On the same series, Tyrann Mathieu was flagged for defensive pass interference in the end zone, putting the ball on the 1-yard-line. Overall, the Chiefs committed 11 penalties for 120 yards.

Romo deserves kudos for recognizing – and informing the audience – early on that the Chiefs’ handsy approach in pass coverage could get the penalty flags flying.

I’ve thought at times Romo got a little too casual with his analysis this season, sometimes talking over Nantz or falling into good-natured but rambling non-sequiturs. But he was more disciplined in his analysis Sunday night. It was actually Nantz who told a meandering anecdote at an inopportune time, talking just before halftime about James Harrison’s 100-yard touchdown in Super Bowl XLIII at the same moment the CBS camera and microphone were catching Brady yelling to the Bucs sideline in compelling disagreement.

Romo remains as popular as he was during his rookie season in the booth. In a recent Twitter poll, I asked which current high-profile color analyst is your favorite, with Romo, NBC’s Cris Collinsworth, Fox’s Troy Aikman, and ESPN’s Louis Riddick and Brian Griese as the options. Romo ran away with it, getting 64 percent of the vote from more than 2,300 respondents.  Let me tell you, it’s tough to get that kind of consensus on anything on Twitter.

No, he is not the second coming of John Madden –  I recommend watching Madden’s call with Pat Summerall of Super Bowl XXXI between the Patriots and Packers for a masterclass in conveying information in an entertaining way – but he’s the closest thing we’ve got right now, and that’s pretty darn good.

Nantz, the measured, consummate pro who was calling his sixth Super Bowl for CBS, was surprisingly amped up early in the game, hollering “RONALD JONES!” at the end of an early 13-yard run by the Bucs ball carrier even though it was clear he wasn’t going to break into the open field. Usually, that level of excitement is reserved for the first time he sees the azaleas each spring at Augusta National.

A couple of other thoughts on CBS’s Super Bowl coverage:

Reporter Jason LaCanfora addressed the Britt Reid story early in the CBS pregame show, but it was not brought up again during the rest of the pregame and game broadcast – more than eight hours of airtime – until Nantz mentioned it with just under 4 minutes left in the game. Reid, the Chiefs’ assistant linebacker coach and son of head coach Andy Reid, was involved in a multi-vehicle crash Thursday night that left a 5-year-old girl with life-threatening injuries. Reid, according to The New York Times, told police officers he had been drinking. It’s a horrible subject, and a tricky one too, but it should not have been ignored for so long after the initial mention.

Best graphic? Easy: The one CBS showed late in the first quarter that accompanied Nantz and Romo’s conversation about how strange it is that Tom Brady has never led a first quarter touchdown drive in 10 Super Bowls. The graphic broke down how many touchdowns he’s thrown in each quarter in the Super Bowl – seven in the second quarter, five in the third, and six in the fourth, to that point. “Astonishing,’’ said Nantz. Six plays later, Brady found Rob Gronkowski for the first touchdown of the game.

As for the halftime show, featuring The Weeknd, no, it wasn’t as breathtaking as some in years past. (Prince’s performance at Super Bowl XLI will forever top the charts.) But the degree of difficulty was much harder since crowds of fans weren’t allowed on the field to amp up the energy. Rule of thumb: People spelling his name The Weeknd on social media loved the show. People spelling it The Weekend did not. 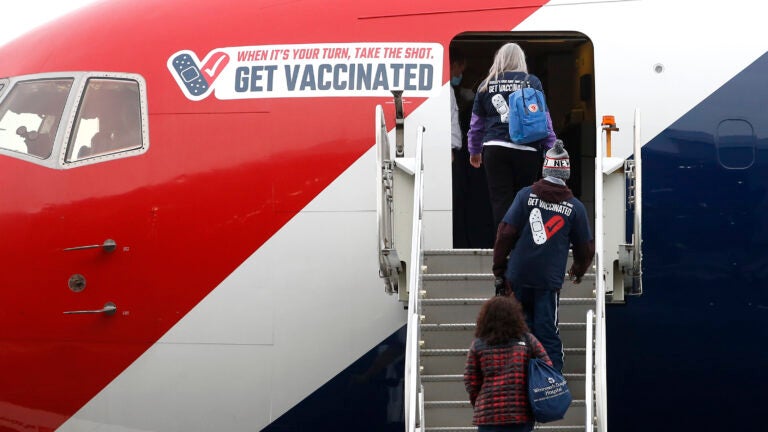