NEW YORK (AP) — It’s all about the tutu for Serena Williams at the U.S. Open. 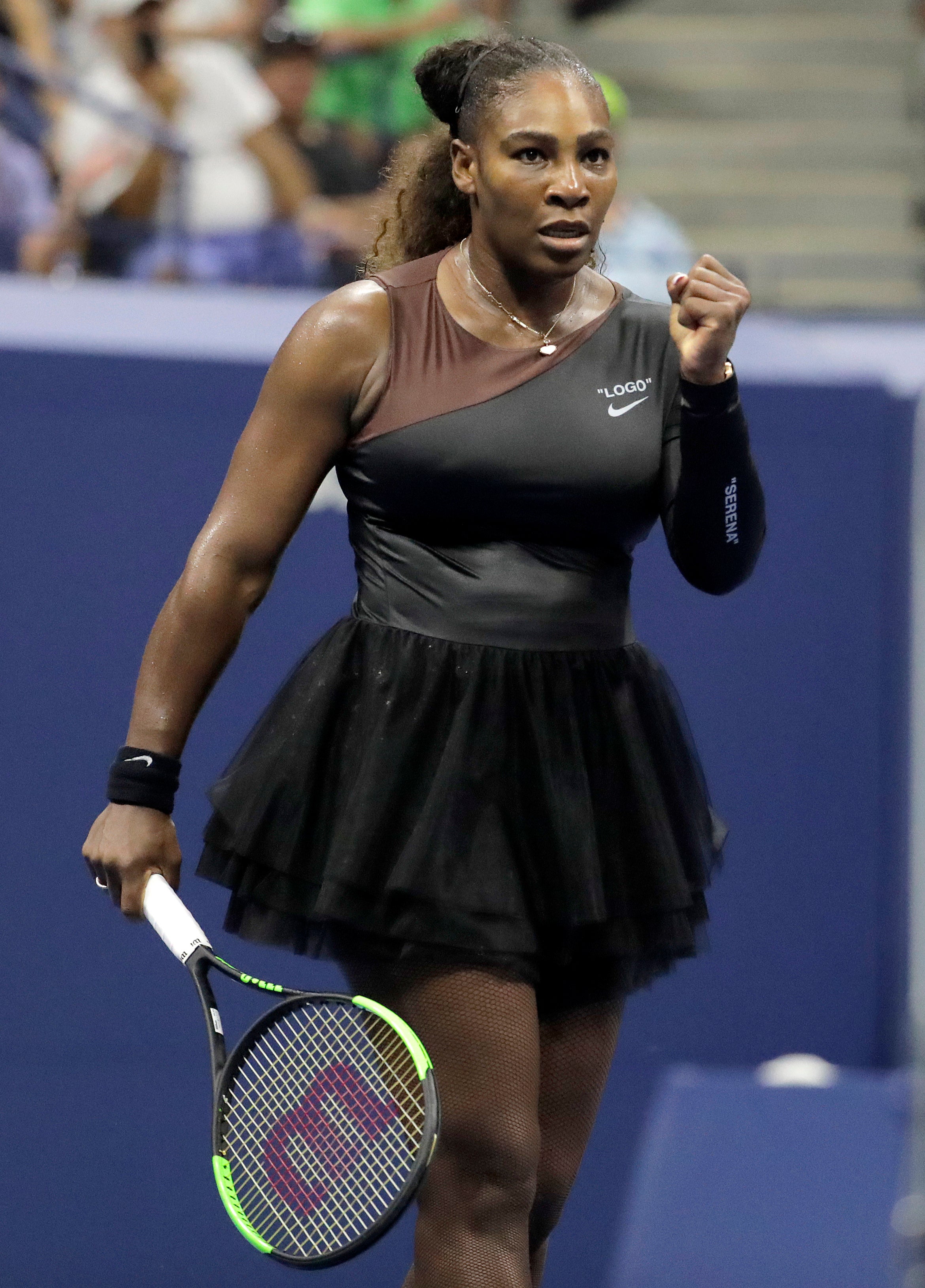 Serena Williams reacts after a point against Magda Linette.

Just days after French Tennis Federation President Bernard Giudicelli said her black catsuit with clot-preventing compression tights “will no longer be accepted,” Williams chose a one-armed black tutu-style dress by Off-White’s Virgil Abloh to take on Magda Linette at the Open. She won.

Perhaps her sparkly shoes emblazoned with her name and “queen” also helped.

On Wednesday night, playing against Carina Witthoeft, Williams was in another tutu dress that’s part of her new collaboration with Nike and Abloh, who is also men’s artistic director for Louis Vuitton. Anna Wintour looked pleased as she watched Williams beat Witthoeft.

The Queen Collection is inspired by Williams’ love of dance. She paired the black look with a leather biker jacket. The dresses have sheer panels on one shoulder and long sleeves on the other. Williams tugged hard on the sleeve as her Wednesday match began.

Retail prices range from $130 to $900 for various pieces in the new collab. 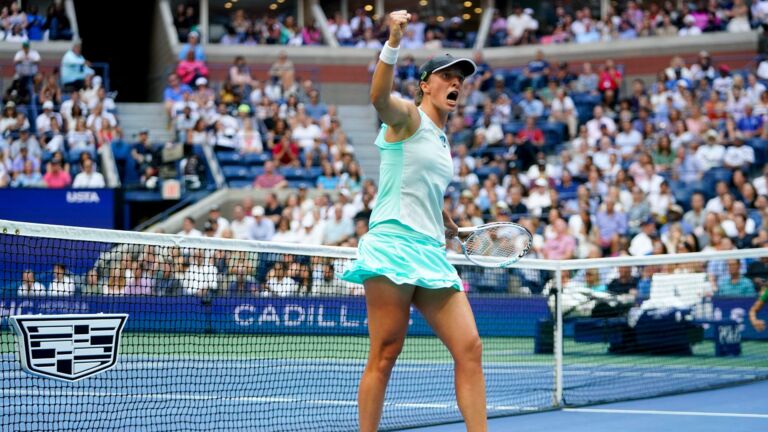