NEW YORK (AP) — A crowd gathered when Venus Williams practiced with Sachia Vickery at the U.S. Open. Kids waited by the fence for autographs.

The seven-time Grand Slam singles champion helped Vickery prepare for her first-round match. Vickery lost, but the thrill of hitting with her idol was a lasting memory.

“That was actually an experience of a lifetime for me, so I’m still in shock a little bit,” said Vickery, a 23-year-old African-American and former top-ranked junior player.

Venus and Serena Williams have been a nearly constant presence at the U.S. Open since the debut of Arthur Ashe Stadium 21 years ago. Their 30 combined Grand Slam singles titles have changed the tennis landscape.

Many American kids of color are taking part in youth programs, often citing the superstar sisters as the reason.

“There’s certainly more diverse activity from an ethnic standpoint since they came on the scene,” said D.A. Abrams, chief diversity and inclusion officer for the U.S. Tennis Association. “At junior tournaments at higher levels, they’re more diverse ethnically than they were in the past.”

The No. 1 junior is 14-year-old African-American Cori “Coco” Gauff, who once practiced on the same park courts in Delray Beach, Florida, as the Williams sisters. Patrick Mouratoglou, Serena’s coach, worked with Gauff at his academy in Paris and she recently won the French Open girls title.

“First of all, she’s a great competitor. Second of all, she has incredible abilities,” Mouratoglou said. “Everything else is just work. And she’s a hard worker.”

“I grew up watching the Williams sisters,” said the 21-year-old Abanda, who saw them play at the Rogers Cup in Toronto when she was 14. “I appreciate Venus, who is playing for so long and at a high level. They have really big power games and maximize it.”

Thousands of fans and tennis camp kids of varying ethnicities watched the free four-day qualifying tournament ahead of the U.S. Open at the USTA Billie Jean King National Tennis Center.

The sport was mostly white when King was a teen in the 1950s. American Althea Gibson became the first black player to win a Grand Slam title at the 1956 French Open, and Ashe won the U.S. Open in 1968. Both were forced to play in segregated tournaments early in their careers.

“When players take the court today, they do not look like each other,” King said in an email to The Associated Press. “They are more reflective of our global society. That is a big improvement from my day, and it is especially important for future generations because the children can see this change and they can aspire to be part of it.”

King said she’d like to see more diversity on the business side, plus more female coaches and coaches of color.

Of 15 Americans in the top 100 of the WTA year-end rankings in 1999, four women were African-American. Serena won the U.S. Open that year.

The men’s ATP top 100 has 21 people of color, including African-American Frances Tiafoe (No. 44) and Asian-American Mackenzie McDonald (No. 79) among the 11 top Americans. In 1999, eight of the nine American men in the top 100 were white.

Vickery signed autographs for several young black fans, who called out her name after practicing with Venus. She trained at age 8 with Richard Williams, practicing for nearly a year with Venus and Serena’s father in West Palm Beach.

Vickery wore a T-shirt after her first-round match with the words “black” and “white” crossed out, leaving the words “human being.”

“I know there’s not too many of us players on tour,” she said. “So it’s really, really great to see the young black kids.”

Several programs are trying to diversify tennis in the United States. The Williams sisters have an academy in Los Angeles and Kamau Murray, Stephens’ coach, recently opened a $16.9 million tennis village on Chicago’s South Side.

More than 200,000 kids in the 50 largest U.S. markets have access to free or low-cost tennis programs run by the National Junior Tennis and Learning network and the USTA Foundation.

USTA President Katrina Adams, the first African-American to hold that position, is looking forward to more growth at all levels from “the seeds Venus and Serena have planted.”

“The ability to watch a player whom you can identify with, competing and succeeding in the very same sport you love and play, speaks volumes,” she said.

Last year, the 24-year-old Stephens beat 37-year-old Venus in the U.S. Open semifinals, which featured four Americans and three women of color. She defeated good friend Keys in the final, was handed the trophy by Adams and earned a $3.7 million paycheck.

“She’s, in my opinion, the greatest player to ever play our game,” said Stephens, who had a poster of Serena on her wall growing up. “American tennis is really flourishing at the moment, especially the women. We represent something really strong and really powerful.” 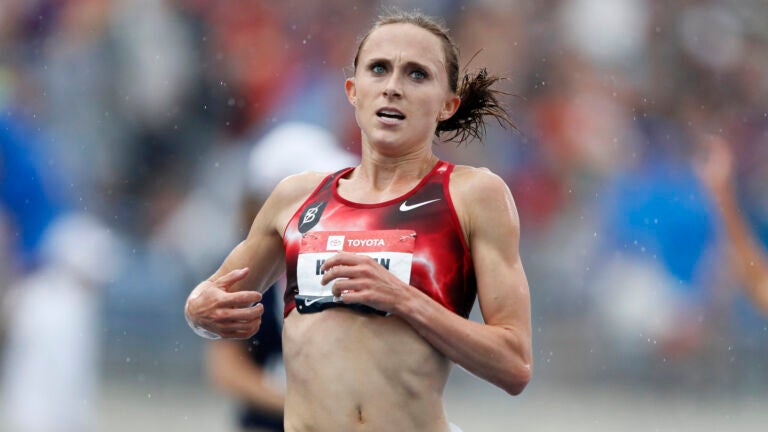