Tom Brady announced Tuesday that “his football journey would take place elsewhere.” As the biggest mystery of free agency winds down, the Los Angeles Chargers and Tampa Bay Buccaneers are emerging as frontrunners to land Brady for the 2020 season, though ESPN’s Ed Werder reported that the Las Vegas Raiders could still be involved – despite the Raiders reportedly agreeing to terms with Marcus Mariota on Monday.

According to NFL Network’s Ian Rapoport, both the Chargers and Buccaneers offered Brady at least $30 million.

Here’s a look at what both teams could provide for Brady.

After a 16-year career, the Philip Rivers and the Chargers announced in February he would enter free agency rather than return to Los Angeles. Rivers, a fourth-round pick by the New York Giants in 2004 who was traded on draft day for Eli Manning, set 30 franchise records and was an eight-time Pro-Bowler.

With a hole at quarterback, the Chargers are reportedly eager to land Brady, a self-proclaimed “California kid”, after a 5-11 campaign in 2019.

Brady would have a solid option at tight end in Hunter Henry, who earned the franchise tag Monday. Henry set career highs with 55 receptions and 652 yards last season, despite missing four games due to a knee injury.

Jameis Winston has spent the entirety of his career with Tampa Bay, since he was drafted by the team as the first overall pick in 2015. A Pro-Bowler in his first season, Winston broke the franchise record for passing yards in 2019, leading the league with 5,109.

But the Buccaneers may be ready to move on from their homegrown quarterback, who will enter free agency while recovering from LASIK surgery and a procedure to repair a torn meniscus. Alongside 30 interceptions in 2019, his seven pick-6s set an NFL record and his 84.3 passer rating was 27th among starting quarterbacks.

Should Brady take over under center in Tampa Bay, he will have wide receivers Chris Godwin (3rd in the NFL with 1,333 receiving yards last season) and Mike Evans (13th, 1,157) while attempting to end a 12-year playoff drought.

NFL Network’s Tom Pelissero reported that regardless of Brady’s decision, an announcement on those next steps is not expected today, and the 20-year Patriots quarterback will “go dark on everyone until he makes his decision.” 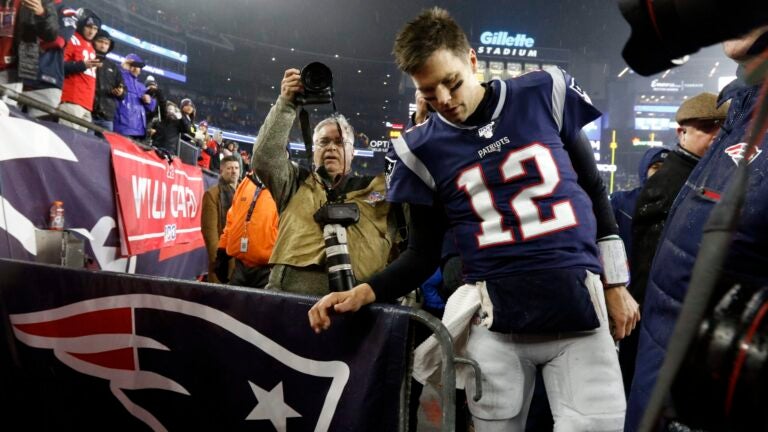