Boston Mayor Marty Walsh has strongly urged local residents not to play team sports in the city’s public parks in the midst of the coronavirus outbreak.

But for Tom Brady, the mayor joked that he might have made an exception.

Toward the end of an appearance Wednesday on WEEI’s “The Greg Hill Show,” Walsh weighed in on the recent story that the former New England Patriots quarterback was kicked out of a park where he was working out near his new home in Tampa Bay. Brady signed with the Buccaneers last month after playing 20 seasons and winning six Super Bowls with the Patriots.

“Hey, if Tom Brady stayed, like there are some exceptions I would make and having Tom Brady throw a football — I probably would have maybe looked the other way on that one,” Walsh joked.

“But he goes to Tampa Bay and that’s what he gets — getting thrown out of the park — so it serves him right,” he added.

According to Tampa Bay Mayor Jane Castor, a city employee was surprised to spot Brady, but still had to ask their new quarterback to leave the park, which was closed due to the coronavirus. He was not, however, ticketed for the infraction, as some media outlets reported.

👀 SIGHTED! 👀
To clear up any confusion, @Buccaneers QB @TomBrady was SIGHTED in one of our 194 beautiful parks. He was not cited as some media outlets have reported.

We are excited to welcome Tom & everyone back to all of our parks once we have punted COVID-19 downfield! 🏈 pic.twitter.com/EH13MmlAgx

Following the incident, Cantor wrote a light-hearted open letter to Brady welcoming him to Florida and apologizing for the miscommunication.

“Not the best first impression,” Castor wrote. “But given my law enforcement background, I couldn’t help but have someone investigate the sighting of a G.O.A.T running wild in one of our beautiful city parks.” 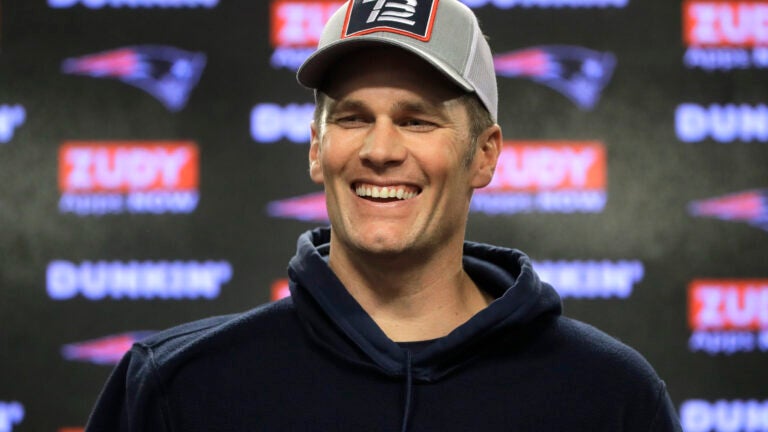