Tom Brady was spotted working out in public in Tampa Bay again – this time with teammates, and without Tampa Bay mayor Jane Castor putting a stop to it.

The Tampa Bay Times reported that Brady and several offensive teammates began working out on an artificial turf field at Tampa’s Berkeley Preparatory School just before 7 a.m. Tuesday. The group of nine threw and ran drills for two hours before gathering in the bleachers for conversation.

Brady wasn’t the only quarterback participating, according to the Times, but he was the only one donning an orange practice jersey and appeared to be running the show, organizing routes and drills.

Mike Evans and O.J. Howard headlined the practice group that included wide receivers, tight ends, a running back, and two quarterbacks, in addition to Brady.

The NFL recently extended its virtual offseason workout program through the end of the month, after previously prohibiting in-person activities through May 15. Team staff is conducting classroom and on-field instruction digitally for up to four hours per day, four days per week, and can send up to $1,500 to each player for equipment, according to the Associated Press.

ESPN’s Jenna Laine reported that the gathering was not a violation of league rules, provided that the group was following “guidelines of state and local authorities and medical experts, along with NFLPA guidelines.”

Florida is currently expanding the first phase of its reopening as the coronavirus pandemic continues. City of Tampa parks, like the one Brady was asked to leave when he worked out last month, reopened Saturday for socially-distant gatherings of no more than 10 people.

Berkeley Prep, where Brady and his teammates worked out Tuesday, is closed to students and faculty. 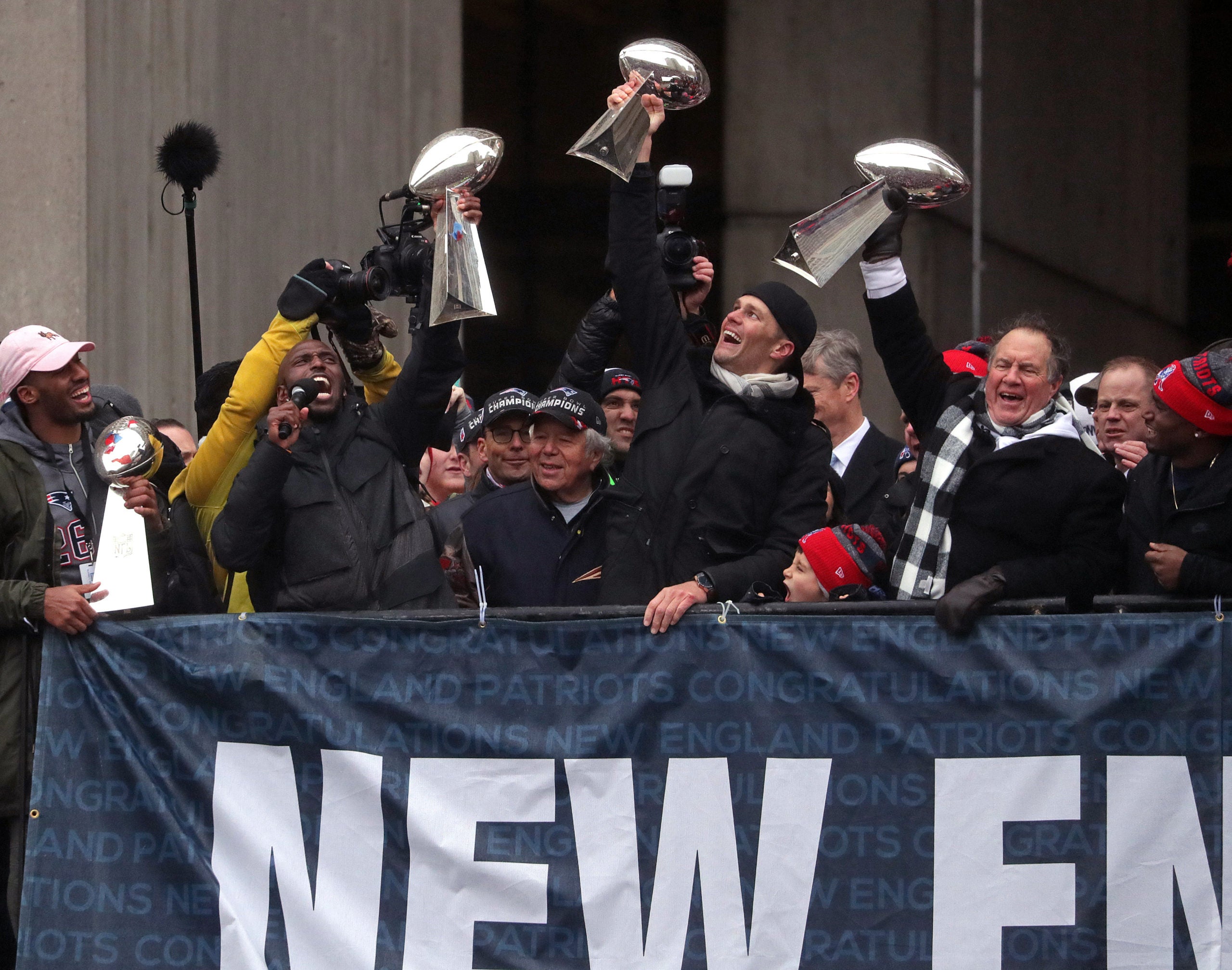