After living in Derek Jeter’s former home since moving to Tampa in April, Tom Brady, Gisele Bundchen, and their family are reportedly close to buying a waterfront mansion.

According to a TMZ report, the Clearwater, Florida home resides within a gated community, is 8,548 square feet, and includes five bedrooms. It was listed for $7.5 million, having been initially listed at $8.5 million in 2019.

Brady and his family have been in Jeter’s former residence — a 30,000-plus square foot mansion — since the former Patriots quarterback signed with the Buccaneers as a free agent during the NFL offseason.

But Jeter, now the CEO and part-owner of the Miami Marlins, put the home on the market in September for $29 million.

The home Brady will be leaving has captivated the Tampa Bay real estate market.

“This is the most impressive home to ever hit the market in the Tampa Bay area,” Stephen Gay, a Smith & Associates Real Estate agent, told the New York Times.

Brady’s potential new home has — as expected for the 43-year-old quarterback — a private gym, but also includes a billiard room, media center, and its own theater. 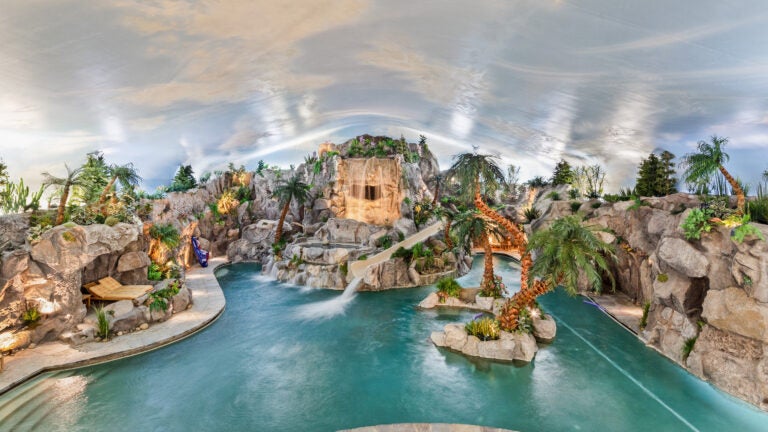 Get a whiff of — well, a look inside — the Yankee Candle mansion