While the Patriots sit in third place in the AFC East with a 2-5 record, Tom Brady has to be happy with his situation in the Sunshine State.

Brady’s Buccaneers boast a 6-2 record, good enough for first place in the NFC South and the second spot in the conference at the halfway mark of the season. He’s also rekindled his on-field connection with former Patriots tight end Rob Gronkowski in recent weeks, completing 14 passes to him including three touchdowns over their last three games.

On top of all that, Brady will get to play with Antonio Brown again this week. After signing a $15 million deal with the Patriots, Brown played just one game in New England before he was released due to legal troubles. Brown signed a deal with Tampa last month and is expected to play Sunday after completing his eight-game suspension.

So, while Brady’s new situation appears to be close to perfect, he’s not going to rub it in on his old team.

“I have a lot of relationships with a lot of teammates. I wish everybody the best all the time,” Brady said when asked on his thoughts of the Patriots record during a press conference Thursday. “I don’t ever wish for anyone to not perform at their best. I certainly wish for our team to play its best. Maybe the only team I don’t root for is the team we’re playing on that particular Sunday.”

The Patriots would never say it out loud, but they certainly are missing Brady this season. They have the fewest passing touchdowns (three) in the league and are averaging 192 passing yards per game this season, which is only better than the Ravens and Jets. They’re also averaging the fourth-fewest points per game (19.4) in the league.

If Brady is to be believed that he only doesn’t root for the team he’s up against, the first time he’ll root against the Patriots is when they face off in 2021. 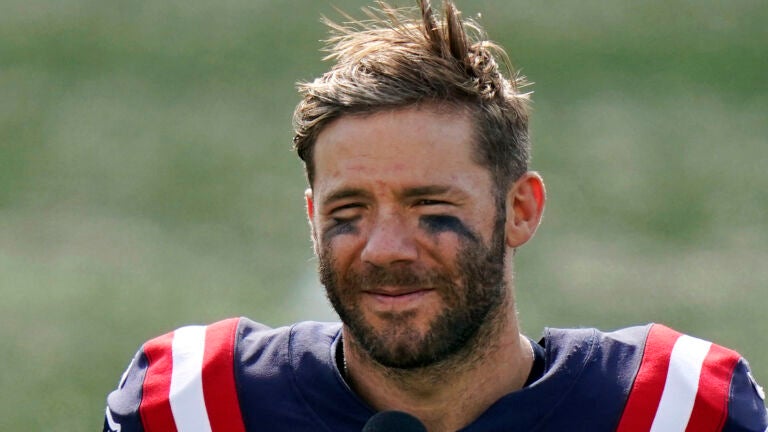