It didn’t look great at points, but now Tom Brady’s first season away from New England can’t get much better.

Brady’s got the Buccaneers heading to the Super Bowl following their win over the Packers in Sunday’s NFC Championship Game.

Some of Brady’s old friends in New England congratulated him for making his record-extending 10th Super Bowl, including Patriots owner Robert Kraft. Brady told NBC Sports’ Peter King that his former boss reached out to him Sunday evening, King wrote in his “Football Morning in America” column.

After Brady told him that Kraft congratulated him, King wrote that he asked “Does this one feel different from the Super Bowls in New England?”

“It’s hard to compare—it’s not worth it comparing any of that to me,” Brady told King. “It doesn’t really matter. It’s an incredible feeling and to win a conference championship is incredible. To win a Super Bowl championship is one of the great feelings in the world. But they don’t give these away. Obviously, everything’s different this year, with us being at home. I’m sure it’ll feel like just another game, although we all know it’s just not another game.”

Brady’s comment to King isn’t the first time this season that Brady punted on speaking about the Patriots. During the Patriots’ four-game losing streak in November, Brady said he still has “a lot of relationships with a lot of teammates” from his time in New England.

“I wish everybody the best all the time,” Brady told reporters then. “I don’t ever wish for anyone to not perform at their best. I certainly wish for our team to play its best. Maybe the only team I don’t root for is the team we’re playing on that particular Sunday.

Brady was again asked about the Patriots’ season after they were knocked out of playoff contention for the first time since 2008, which was also the last time Brady wasn’t the Patriots’ starting quarterback for a full season.

“As far as the Patriots, they have their own thing going,” Brady said in December. “I’ve really been focused on how my play needs to be at quarterback, the execution I need. They’re not really an opponent of mine.

“Obviously I have a lot of friends there, a lot of great relationships, but they’ve been focused on what they need to do and I’ve been trying to focus on what my job is.”

After King mentioned to Brady that his 10 Super Bowl appearances are twice as many as any other quarterback has made, Brady expressed gratitude for the people in his life.

“It’s been an interesting life for me, you know?” Brady told King. “I still get to do something I love to do and certainly don’t take anything for granted. Just grateful to everyone who supports me. And obviously my wife, my kids. Nobody can do anything in life without incredible support. Grateful to my parents, for being raised the right way. The commitment they showed. And my friends over the years. I think man, I’ve accomplished all of these things and I think for me the best part is sharing it with everybody else and just seeing videos of my kids jumping around and my friends jumping around. It makes it all so special for me and worth everything because I still get to live my dream. It’s an amazing feeling.” 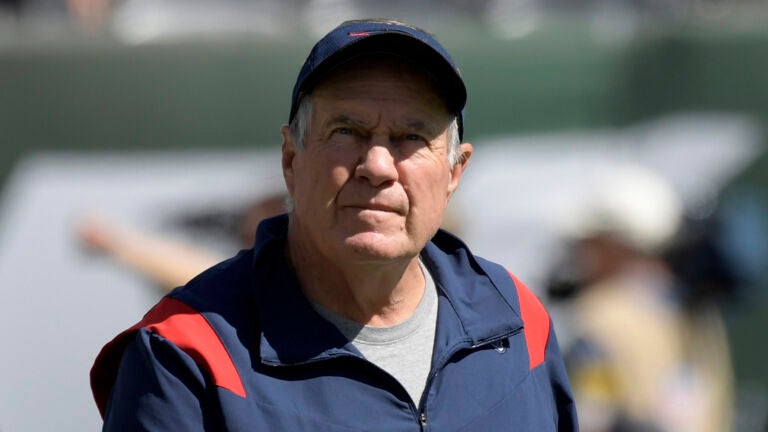