The list of quarterbacks Tom Brady has defeated in his playoff career might be impressive, but one name is conspicuously absent: Eli Manning.

The now-retired Giants quarterback famously went 2-0 against Brady, scoring upsets against the Patriots in Super Bowls XLII and XLVI.

Their matchup in Super Bowl XLII, when the Patriots were attempting to go undefeated, remains especially significant in NFL history. Manning’s Giants were huge underdogs, but rallied in the final minutes to stun the Patriots, 17-14.

In a recent interview with Paul Schwartz of the New York Post, Manning offered an interesting observation.

“I’ve been around Tom numerous times, and I’ve never brought up a Super Bowl or our games versus them,” Manning explained. “He actually brings it up. It still bothers him a little bit, especially the ’07 one when they had the chance to go down as the greatest team of all time.”

Despite being in a select group of NFL quarterback to have multiple playoff wins against Brady — who will aim to win his seventh Super Bowl on Feb. 7 against the Chiefs — Manning claims he doesn’t hold it over the former Patriot.

“But I don’t have any bragging rights with Tom,” said Manning. “This is his 10th Super Bowl, and I’m so impressed with his whole career.”

“It’s really impressive what Tom’s been able to do,’’ added Manning. “Just the fact, changing teams after 20 years, with one team where you’ve had so much success and going to a new team, new city, new state during a pandemic, where you have a shortened off-season and different rules and kind of get the same results. Getting back to a Super Bowl, at age 43, yeah, it’s so impressive. It was hard to think that was going to be possible. He’s obviously got a special demeanor and a special ability to get guys to rally around him.” 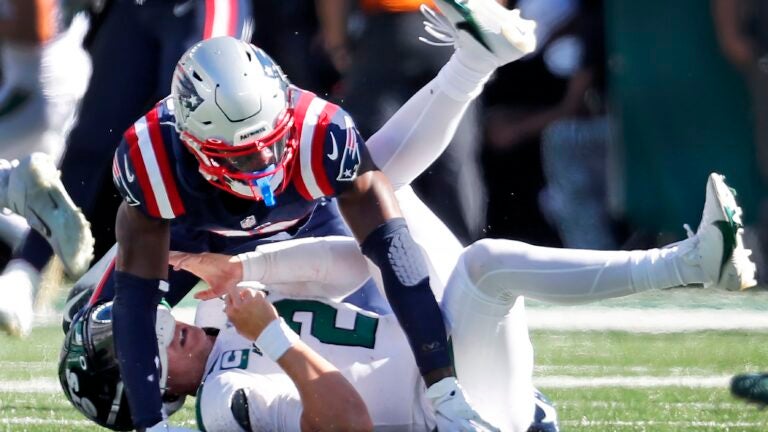