Tom Brady’s nearly a year removed from his Patriots days, but he still has a great appreciation for New England.

Speaking to reporters Wednesday, Brady was asked about how it feels to have Patriots fans rooting for him when the Buccaneers take on the Chiefs in Super Bowl LV.

“Obviously, any time you change teams, you don’t know how it’s going to go,” Brady said. “But I think there’s been incredible support I’ve had from — the team I used to play for, all the New England fans, and I still obviously have a great affection for New England. I said the other day, my kids were born in Boston. So I have a lot of love for Boston and all of New England and the incredible support over the years. Again, it was an amazing two decades in my life.”

In a survey of Boston.com readers last week, 90 percent of the website’s readers said they will be rooting for Brady and the Bucs on Sunday.

It isn’t just the fans in New England that are rooting for Brady this weekend. He’s also heard from some former Patriots teammates, too.

“I’ll always have a presence there (in New England),” Brady said. “I have a lot of friends there. It’s just really cool to be able to have that experience in my life, and then again, have my football journey taken me to somewhere else and then come down here and play for a different team but still have incredible support. Even all the guys I used to play with in New England, I have a lot of friends, I’ve heard from so many of my teammates, so many of my old coaches that are wishing me luck. It’s been really cool.”

As you likely know, Brady isn’t the only former Patriot on the Buccaneers. Tight end Rob Gronkowski said earlier this week that “It’s pretty cool to be appreciated” by Patriots fans still.

“It’s definitely special and it settles in a place in my heart when I hear my friends and family say there’s a lot of people up there that are cheering for us and happy for us. It’s definitely pretty special,” Gronkowski told reporters on Monday. 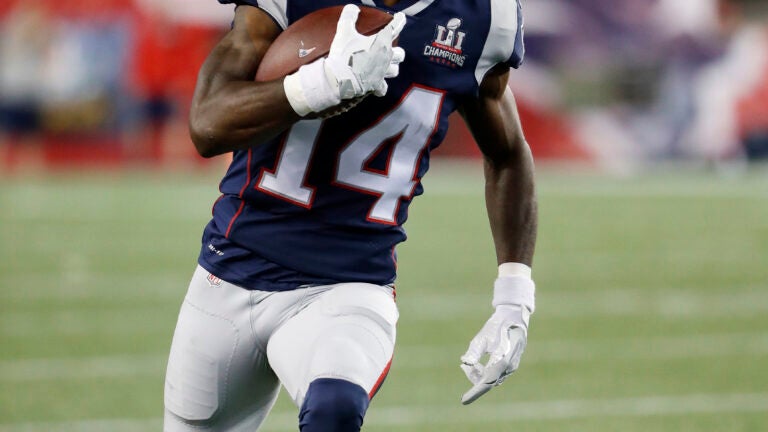