While the Patriots aren’t in the Super Bowl this time, many local fans are still rooting for Tom Brady.

Following some snowfall earlier this week, 52-year-old Boston resident George Li walked onto the frozen pond in the Boston Public Garden with the initial intent of clearing snow for an outdoor skating rink.

But after discovering that it was “too slushy to move,” Li decided to continue a theme he began last year: Posting a message for Brady.

A year ago, with the Patriots’ season over and Brady’s future in New England in doubt (as he headed towards free agency), Li wrote “Stay Tom” on the ice. Eventually, the message even drew a response from the quarterback himself. 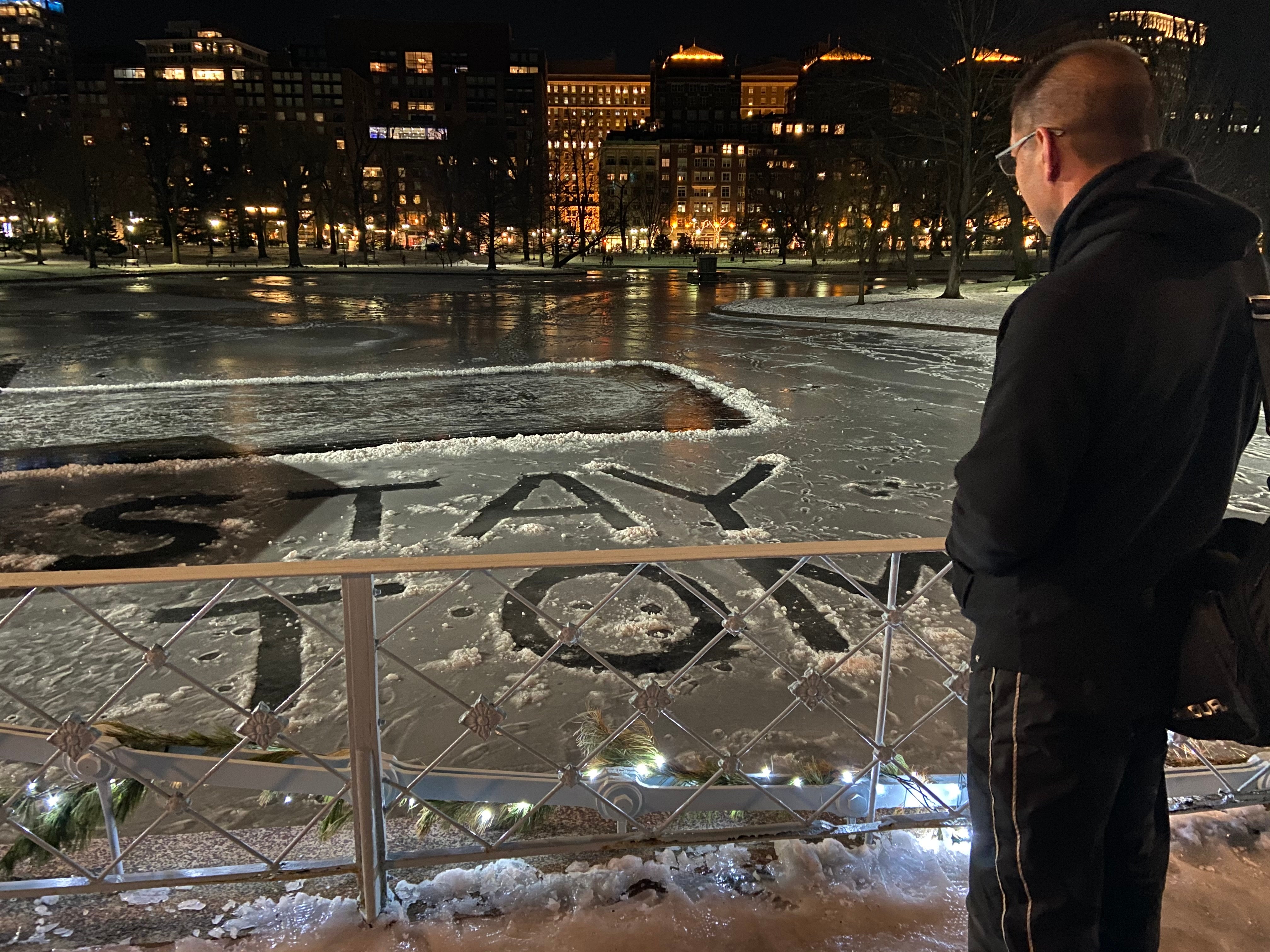 George Li admiring his handiwork in Boston Public Garden in 2020.

Now with Brady playing for the Tamp Bay Buccaneers, Li has continued his support. He wrote similar encouragement a week ago, and recreated it following the latest storm.

Li, who referenced Banksy as an inspiration, has also created elaborate snow sculptures in previous years of popular fictional characters like Batman, Darth Vader, and Charlie Brown. Photos of his work can be found on his Instagram.