The most dynamic quarterback and tight end duo ever led the Buccaneers to a Super Bowl win in their first season in Tampa, with both playing integral roles during Sunday’s game. Brady found Gronkowski for two touchdowns, setting a new record for the most touchdowns between any quarterback and receiver duo in NFL playoff history with 14.

Brady added a third touchdown pass later in the game en route to a 31-9 Buccaneers win, earning him Super Bowl MVP honors. Gronkowski finished the game with six catches for 67 yards to go along with the two aforementioned touchdown catches.

Once the clock hit triple zeros, the celebration began and Brady sought out Gronkowski. NFL Films released the mic’d up conversation between Brady and Gronkowski after winning their fourth Super Bowl together.

“Way to go, buddy,” Brady said to Gronkowski. “This is what we do.”

“I was saving ’em for the Super Bowl!” Gronk yelled back.

“You did it all! You balled out baby!” Brady said back to Gronkowski.

“You balled out too, man. You got us here, dog,” Gronkowski said, praising Brady

Pure joy from Brady and Gronk after winning their fourth ring together.@InsideTheNFL pic.twitter.com/F0n1ZalJmN

Brady and Gronkowski also took part in the famous “We’re going to Disney World!” commercial that airs with players on the winning team after the Super Bowl. Gronkowski made his trip there on Monday while Brady will make a trip there sometime in the coming months. 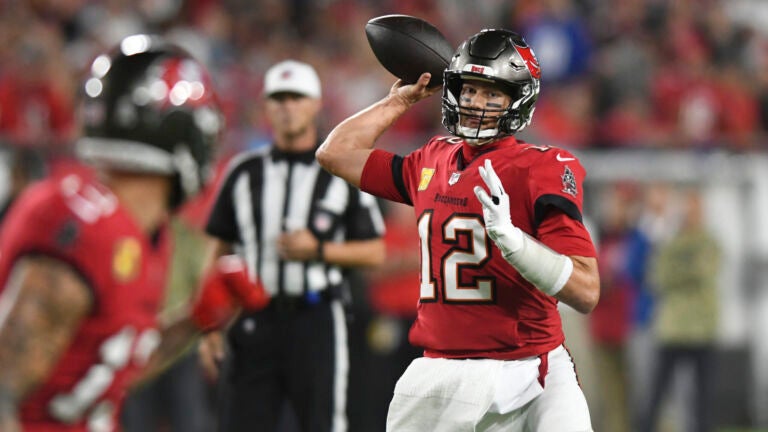 Tom Brady appeared to cite a Bill Belichick quote after win vs. Giants