Former Patriots quarterback Tom Brady may well be the greatest football player ever to lace up a pair of cleats, boasting a record seven Super Bowl rings, three NFL MVPs, and a near guarantee to hold NFL records for career passing yards and touchdowns when he finally retires.

After his latest Super Bowl conquest with the Tampa Buccaneers, some pundits even debated whether Brady is the greatest overall athlete of all time.

But to hear Brady tell it, he’s not even the best athlete in his own family tree.

That honor, he says, goes to his niece: Maya Brady, a star softball player with the No. 2-ranked UCLA Bruins.

Maya, the daughter of former All-American softball pitcher (and Tom’s oldest sister) Maureen, is coming off a star-studded freshman season in which she led UCLA with seven home runs, tied for the team lead with 28 RBIs, and was named the Softball America Freshman Player of the Year.

Her famous uncle hasn’t been shy about letting everyone know how good the younger Brady is. And if this three-run laser is any indication, there’s likely to be a few more accolades and a lot more praise headed her way.

Maya Brady, the most dominant athlete in the Brady family…by far! https://t.co/BUstHqAyjD

Of course, this isn’t the only time Tom has shouted out his precocious niece. He proclaimed Maya “already the most athletic person of the family” before she graduated high school back in 2019 and headed to UCLA.

“She’s just a great athlete, so competitive,” Tom told the Globe at the time. “And she’s been on such winning teams and she’s such a great teammate. It’s so impressive.’’

That’s high praise coming from the greatest quarterback of all time. 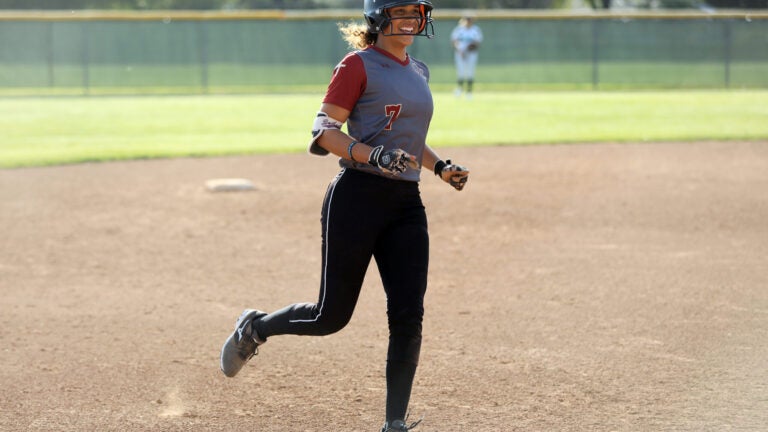