One month after the “Holy Grail” of Tom Brady rookie cards became the most expensive football card ever sold, another piece of memorabilia from the all-time great hit the auction block this weekend.

The football Brady threw for his first career touchdown pass is set to be the crown jewel of the Lelands 2021 Mid-Spring Classic Auction, which began Sunday and runs through June 4.

The first-ever score of the Patriots quarterback’s Hall-of-Fame career came on a 21-yard strike to the late Terry Glenn during a home win against the then-San Diego Chargers in 2001. It was just Brady’s third start in relief of Drew Bledsoe during the team’s championship season.

But Brady didn’t get to keep his first touchdown keepsake himself as Glenn fired the ball into the stands in celebration. The football then found its way into the hands of the 48-year-old Rhode Island man and longtime Patriots ticketholder who is now consigning it to Lelands after guarding it for 20 years.

“It’s been a great thrill to own Tom Brady’s first career touchdown pass because he’s the greatest quarterback in NFL history, and he’s also my favorite player ever,” the unidentified man said in a Lelands press release. “But now it’s time for someone else to enjoy it.”

Lelands also presided over the sale of the famed Brady rookie card, which twice set the record for the most expensive football card ever sold at $2.25 million, at the close of its Spring Classic Auction last month.

Brady’s football will have a chance to top that number, though it would have a long way to go to match the current clubhouse leader for most expensive sports memorabilia — a 1928-30 Babe Ruth jersey that sold for $5.64 million in 2019. 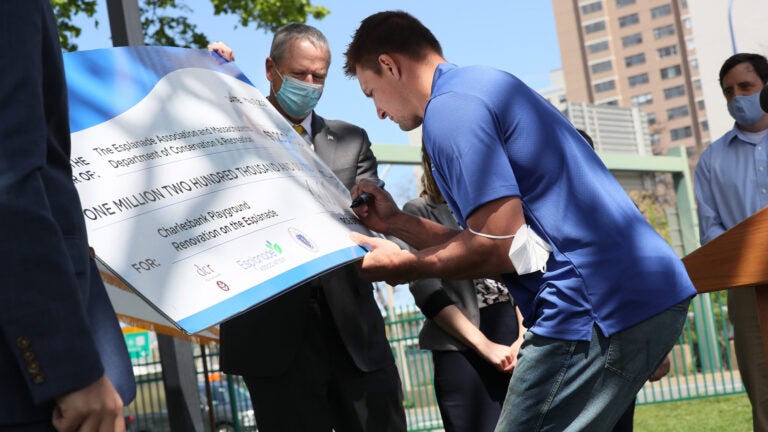