Think Tom Brady ends his career with the Patriots?

I do too. Anything else seems unfathomable right now, and I hate even bringing it up. We don’t even want to consider the football mortality of the franchise-altering 36-year-old quarterback, let alone the notion that the final scenes of his career might play out beneath a different colored helmet in another home city.

Forget, and you can, that Peyton Manning moved on from the Colts, or Brett Favre from the Packers, or Joe Montana from the Niners, or even that Drew Bledsoe was supposed to be the Patriots’ quarterback until he said so, the sunset presumed far off on the horizon as the 2001 season dawned.

While Bill Belichick recognized Brady’s talent before we did and will surely recognize time’s cruel, initially subtle and unyielding erosion of that talent before our eyes spot it, as fans, we’ll never move on from him.

It will be unfathomable that he might move on, right up until he does, one way or the other. The ending for Brady is supposed to be storybook, and it still can be. He could secure that fourth Lombardi Trophy and his place as the greatest quarterback in league history in one fell swoop. He could depart on his terms, like John Elway and so few others. Nine seasons removed from the last championship, I’m not betting against another. I still think he wins another.
But we just don’t know how it is going to go. We don’t. We can’t foresee the ending in advance. What you do know is that one person who will have a significant say in this ending has been decidedly and justifiably unsentimental in building his football team.
In the moments after the Patriots’ first Super Bowl victory, Belichick simultaneously embraced his daughter and his strong safety, Lawyer Milloy. It was impossible not to look at Milloy and see him as Belichick’s football son. A full season, some serious regression in production, and one refused pay cut later, and Milloy was a Buffalo Bill.
Brady is a different case, obviously. It’s easier to replace a safety than a quarterback, easier to replace a very good player rather than an icon. But the acknowledgment has been made that Brady’s time isn’t infinite, and that’s jarring enough, even as we’ve known it all along. But we need to consider it, bring it up. Because it’s apparent after the last few days that the Patriots have, too.

The first acknowledgment came with the drafting of Eastern Illinois quarterback Jimmy Garoppoli Friday in the second round, with the 62d overall pick. The perception, rightfully or not, was that the Patriots could have used that selection on someone who might immediately bolster this year’s team, perhaps a safety or a tight end. Someone who could help that immediate cause of winning that fourth Super Bowl before the sand is out of Brady’s hourglass.
The second acknowledgment came in the unexpectedly candid words of the coach. When asked about spending a second-round pick on Garoppolo, Belichick said: “The situation we have at quarterback, I think that we felt as an organization that we needed to address that to some degree in the future, so we’ll see how all that works out I think we’re better off being early than being late at that position.”
That provided a vague reference to Brady’s age, the first time Belichick has ever addressed it as far as I can recall. Then he did it again.
“We know what Ryan [Mallett’s] contract situation is,” said Belichick on the current backup, a free agent after the season. “We know what Tom’s age and contract situation is. I don’t think you want to have one quarterback on your team, and I don’t think that’s responsible to the entire team or the organization.”
It’s a fully responsible and logical reason for drafting Garoppolo, as unsettling as it is to hear Belichick offhandedly talk about Brady’s age and, indirectly, the eventual end.
I have no problems with the pick itself. The pining for Aaron Murray, Zack Mettenberger or A.J. McCarron got old quick; familiarity does not equal quality. I hope, given that he cost a second-round selection, that Garropolo is the successor. I also hope that decision has to be made sometime on his second contract.
Maybe — doubtful, but maybe — he will be the next Tony Romo, his fellow Eastern Illinois Panther. If so, that’s a steal in Round 2, one of the best draft choices of the Belichick Era.
But the Garoppolo pick also reminds us that there will never be a next Tom Brady.
And so as Brady’s potential successor arrives, all we can do is hope he’s good at holding a clipboard as the one-and-only beats the clock like he’s beaten so many opponents. 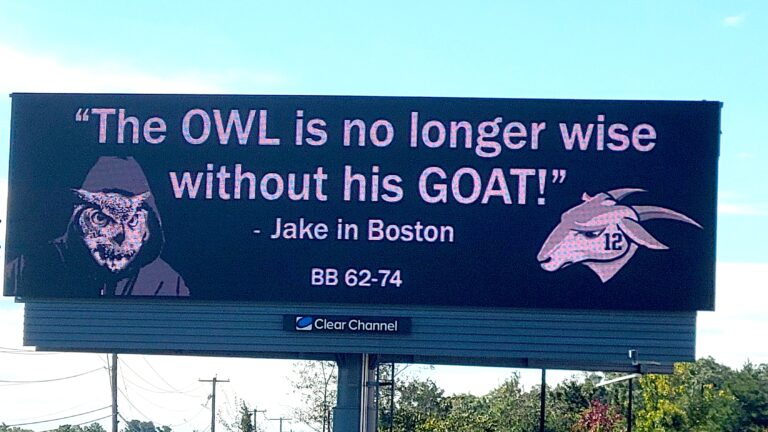