Now we know why Rachel Dratch was trying to teach David Ortiz to drop his Rs.

Hyundai released the full version of their upcoming Super Bowl commercial Monday, with its star-studded lineup of local celebrities and some — depending on your view — hilarious and/or cringeworthy takes on the Boston accent. The 60-second spot also features some local “Easter egg” details that viewers might not immediately catch.

That said, the ad begins with some characters that Bostonians will surely recognize.

Filmed in the South End, it opens with Sudbury-bred movie star Chris Evans greeting Dratch, a Lexington native and former “Saturday Night Live” cast member, as they watch a driver and passenger (more on their identities later) fail to park in a narrow spot.

“He’s not getting that cah in theyah,” Evans says, feigning a thick Boston accent.

Then Newton native and actor John Krasinski pulls up in a Hyundai Sonata and shows off the new 2020 sedan’s remote smart parking assist feature.

“Just hit the clickah; cah pahks itself,” Krasinski says in his own put-on Boston accent, as he steps out of the car and proves the doubts of Evans and Dratch wrong.

Krasiniski goes on to assure them that the feature has allowed him to “pahk it anywhere”: Dorchester, Foxborough, TD Garden, Saugus, Swampscott, Revere — even the “hahbah.”

“Are you kidding me? I pahked it, and then unpahked it,” Krasinski said.

According to Hyundai, the remote smart parking assist feature allows drivers to move the car into or out of a parking spot using its key fob.

The commotion over the “ghost” car’s capabilities eventually catches the attention of Ortiz, who chimes in from a second-floor window, startling the trio of celebrities below.

“Sorry about that, ya’ bigness,” Krasinski apologizes to the Red Sox legend. “Did you guys know he lived there?”

“I had no idea,” Evans replies.

However, the quartet of celebrities aren’t the only famous local names to appear in the commercial.

As a few keen observers have noticed, the driver and passenger in the first car (with an “I Love Dorchester” bumper sticker, no less) that attempts to squeeze into the parking spot are Bob and Arthur Wahlberg, respectively, two of the lesser-known brothers of the famous Dorchester family.

Like his younger brothers Mark and Donnie, Bob is also an actor — having played roles in several locally based films, including “Mystic River,” “Gone Baby Gone,” and “The Departed”; he still lives in Dorchester. Arthur is a carpenter who now lives in Worcester. A Hyundai spokesman confirmed their cameos in the ad to Boston.com.

There are more local Easter eggs, too. The commercial ends with a song that Boston sports fans will surely recognize, “Dirty Water” by The Standells. And signage for the South End boutique clothing shop Flock can be seen (in real life, that part of Shawmut Avenue has parallel — not perpendicular — street parking).

(Update: Several readers have correctly identified the deliveryman in the ad as Tony Viveiros, a Massachusetts native and Charlestown comedian, who will be taking over Hyundai’s Twitter account during the Super Bowl, according to the company.)

Hyundai released a teaser for the ad earlier this month and a pirated version of the commercial briefly made rounds on social media over the weekend, before the South Korean carmaker worked to get it taken down. It was re-released Monday morning ahead of its official debut during an hourlong Super Bowl ads special on CBS at 9 p.m. later that day. It will air during the first quarter of the actual game Sunday.

Hyundai representatives have said the Boston-centric marketing campaign had nothing to do with expectations that the New England Patriots would (or would not) make a fourth consecutive appearance in the Super Bowl this year. Rather, the regional accent came up as a “creative hook” after company employees struggled with the wordy parking assist feature name.

“Remote Smart Parking Assist was difficult to say and remember, but a truncated ‘Smaht Pahk’ caught on when one of our creatives said it in a Boston accent,” Zepeda, the chief marketing officer of Hyundai Motor America, said in a statement. “We thought it was a fun, charming and memorable way to tell people about this incredible new technology using one of America’s most-recognized and beloved regional accents.” 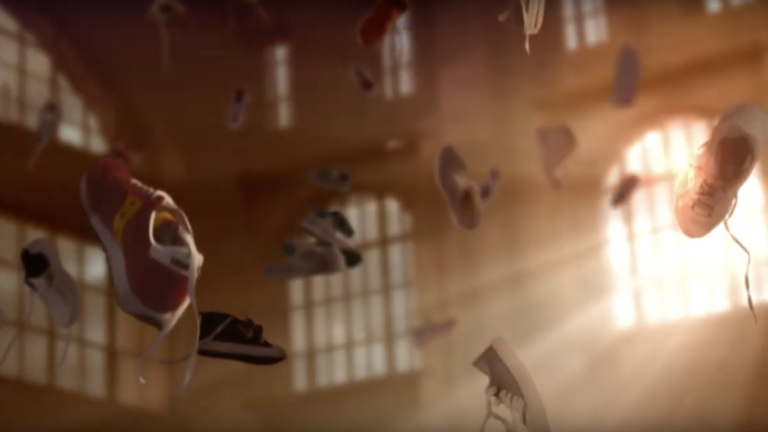