Even Mike Eruzione seemed at a loss for inspiration.

The former US Olympic hockey team captain, known for his motivational words of rah-rah encouragement, was a guest on a San Diego sports radio station Tuesday morning, and was asked how the Chargers should mentally prepare this week as the underdogs in Sunday’s AFC Championship game against the Patriots.

Eruzione, a Patriots fan, did his best to seemingly make the hosts believe that the Chargers’ will to win had to come from deep within their souls, or something or other. It had to be hard for the BU legend to come up with anything. He must have been inwardly laughing at the crock he was delivering the So. Cal morning commute.

It’s been well-documented how this isn’t the matchup that anybody outside of the Pacific time zone wanted. The Colts provided the sexy chance of a an AFC showdown against the Patriots, perhaps the only team that could wipe away the “0” still so prevalent in New England’s season record. Instead, America gets the banged up Chargers, coming off a shocking upset of the Colts in Indianapolis, where Team B led San Diego to victory, the beneficiaries of two untimely tipped interceptions off the blameless arm of Peyton Manning.
Still, luck or no luck, the Chargers have beaten the Colts twice in their last two meetings, which has to count for something, I suppose. So, what if Adam Vinatieri missed a chip shot in the November win, and the Chargers snuck by literally by their fingertips on Sunday? They deserve to be in the AFC title game. Despite what the refs had to say about it with their best effort on Sunday.
Perhaps this is the view we all should take of the mighty Chargers. There’s a general feeling of disrespect among Chargers fans this week as we hurtle toward Sunday, a label that can no longer be tossed around in the Patriots locker room no matter how hard Rodney Harrison tried. But the Chargers do indeed represent a definite threat to the Patriots’ pursuit of perfection.
Can they upset New England on Sunday afternoon? Yeah, of course. The Chargers have arguably been the best team in the AFC the second half of the season, winning at a New England rate with a comparable offense and better defense than the starlet Patriots, holding each of their last seven regular season opponents to under 20 points.
But even the growing number of Patriot haters across the country will be pulling for New England to earn its sixth trip to the Super Bowl. If there’s a team easier to hate than the Patriots, it’s the mouthy Chargers, who take trash talk to levels that even Joey Porter finds lofty. It’s no secret that bad blood exists between these two teams, whether it be Shawne Merriman acting like he forgot Jabar Gaffney’s name, LaDainian Tomlinson’s self-proclaimed assessment that he’s the classiest player in the league, or Philip Rivers’ constantly mobile jaw. (Check out the Baltimore Sun’s Kevin Van Valkenburg love letter to Rivers, appropriately addressed, “Dear moderately successful professional athlete.”)
The Patriots come into the game healthy, unlike the Chargers, who could be running at much less than full strength. The Patriots have not lost in one calendar year. The Patriots possess the most prolific offense in NFL history, with a coach intelligent enough not to depend on certain aspects of it, the thing that differentiates this team from other offensive juggernauts of the past (1998 Vikings, 2004 Colts). The Patriots have Laurence Maroney running better than he has at any time over his two NFL seasons.
The Chargers come in off an emotional win at the RCA Dome, where ironically the lights have literally been put out. It was the second devastating loss for the Colts at home over the last three years, reminiscent of the afternoon Pittsburgh ended their dream season in 2006. But it came with a price, as Tomlinson and Rivers went down with knee injuries, while tight end Antonio Gates proved a non-factor.
The Patriots, meanwhile, have not lost in Foxborough in the playoffs since 1978, when an infant Tom Brady was still drooling all over the floors at his parents’ San Mateo homestead. They have never lost a playoff game at Gillettte Stadium. Under Belichick, the Patriots are 13-2 in the postseason, the only two defeats coming the following two seasons to Denver and Indy, respectively. Brady has been the top-rated quarterback in the postseason, his offensive line an integral reason why. The aging defense, which at times appears like it’s ready to break, still comes up with timely plays when it needs to.
Nothing is going to change come Sunday. The Patriots are going to beat the Chargers and head to the Super Bowl not because it’s what they’re destined to do or any mojo of the sort. They’re going to beat the Chargers because when it comes down to the emotion of the game. The Chargers let it all out in the days leading up to the contest while the Patriots bottle it all up until the contest. Sure, the Patriots will do their talking, most likely plenty to Rivers and Igor Olshansky (he knows what’s up) but they’ll wait until they score early and eventually often.
The Patriots have a knack of not only using words as bulletin board material, but as a way to battle the other team’s emotions when it comes to reminding them of how they can’t stop proclaiming themselves worthy in the first place.
Add it all up: the 7-degree low predicted for Sunday, the cross-country travel, the drastic dropoff in coaching from Belichick to Norv Turner, Brady and his toys, the emergence of Maroney, and the injuries that have amounted on the San Diego side, and the Chargers don’t really stand a chance.
Sure, they could win.
But they won’t.
Business as usual at Gillette. 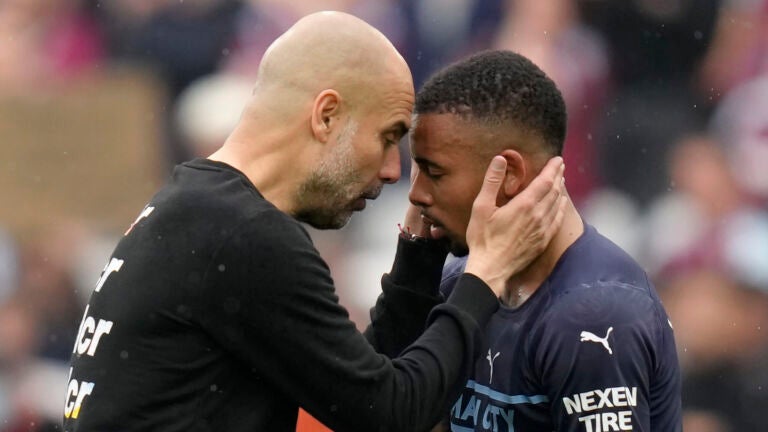